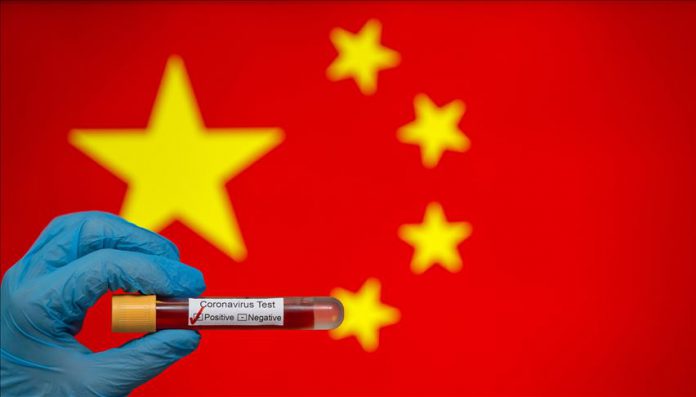 Students on Monday returned to schools in the Chinese capital Beijing and Shanghai city, as coronavirus cases slowed down, local media reported.

In Shanghai, schools reopened on Monday for the 9th and 12th graders.

The officials said that outside Hubei, three new cases were confirmed of which two were imported, taking tally to reported 1,636.

At least one person died in Beijing over the past 24 hours, the NHC said in a statement.

As many as 1,009 patients, who were imported cases of coronavirus, have been cured and discharged from hospital. 627 are still in hospital of whom 22 were in serious condition.

“The number of domestically transmitted COVID-19 cases on the Chinese mainland has dropped below 100,” NCH spokesman Mi Feng told media in Beijing.

China has so far reported a total of 82,830 confirmed cases of the virus, with 4,633 deaths. 77,474 patients have been cured and released from hospital.

Authorities in Beijing also allowed travel agencies to resume group tours in the city during the May Day holiday.

However, local authorities asked residents not to leave the city or travel abroad during the upcoming holiday.

The first meeting to review multiple draft laws and revisions to laws was held on Sunday afternoon.

– China suggests WHO inquiry into US handling of COVID-19

China’s Foreign Ministry spokesman Geng Shuang on Monday said his country was “a victim of misinformation, not an initiator”.

His reaction came after a EU report accused Beijing of “spreading false information related to the coronavirus”.

Urging Washington to respond to alleged “growing doubts” among the American public over US government’s “inefficient and bungled” anti-coronavirus measures, Geng said: “If WHO could initiate a probe into these apprehensions, including when the disease began to turn into an epidemic in the US and what is the US government concealing?”

Slamming the “Attack China” campaign in the US, Geng added: “China firmly opposes some US people and forces using China to garner votes or smear China using the COVID-19 pandemic as an excuse.”

He also confirmed that Beijing sent “some test kits to North Korea”.

Questions have been raised over North Korean leader Kim Jong-un’s mysterious absence from the public glare. Pyongyang has not reported any COVID-19 case in the country.

The Chinese officials said it will arrange five flights to US, UK, Italy, and Spain to bring home 900 Chinese citizens, most of whom are students.