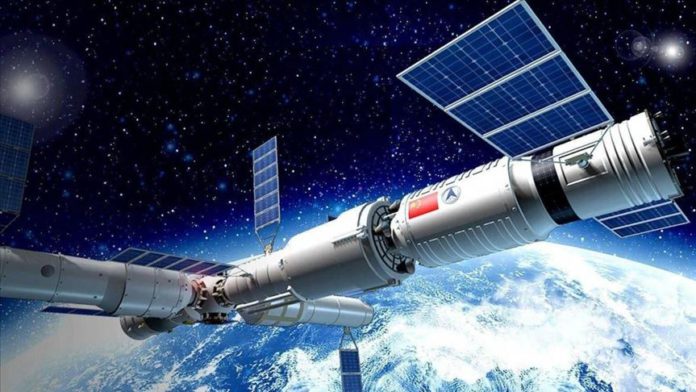 The white-colored large rocket was launched from the Wenchang Space Launch Center on the coast of southern China’s island province of Hainan at 6 p.m. (1000GMT).

“About 488 seconds later, the experimental manned spacecraft with no crew, together with the test version of the cargo return capsule, separated with the rocket and entered the planned orbit,” the CMSA said.

China plans to inaugurate its large modular space station this year which will be placed in low orbit. It will be roughly one-fifth of the mass of the International Space Station and about the size of the decommissioned Russian Mir space station.

The large-sized Long March-5B rocket will be used to launch the modules of the space station.

“The successful maiden flight verified the design of the rocket. A series of technological breakthroughs have been achieved such as the separation of the large fairing and the payloads in space and the precise control of the rocket to enter orbit directly with a high thrust, laying the foundation for constructing China’s space station,” CMSA said.

Earlier in March, China had launched a group of several remote sensing satellites into space from the Xichang Satellite Launch Center in China’s southwest Sichuan province which, it had said, will be utilized for electromagnetic environment detection and other technological tests.

Turkey should focus on plastic waste for economy, planet: Expert