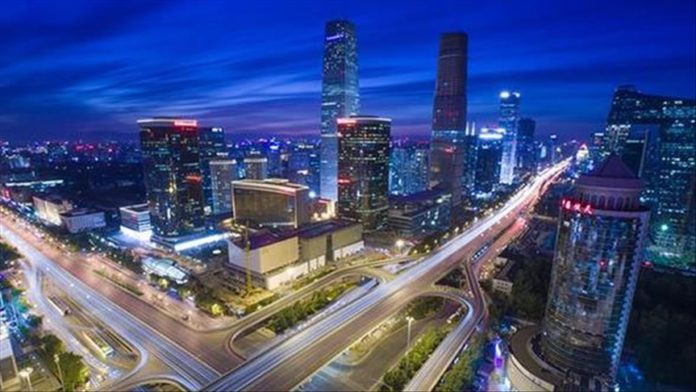 China is engaged in a global competition for power, influence and ideology with Washington and wants to overtake the US in the economy, technology, military and diplomacy, according to a report Wednesday.

The report comes amid the world’s two largest powers engaged in a trade conflict and the novel coronavirus that emerged in China crippling the US economy and the rest of the world.

While the two countries have locked horns regarding technology transfer, intellectual property and cyber security, China’s capabilities have been increasing in Southeast Asia, where it is building military bases.

“Through its modernization efforts, China has emerged as an unprecedented economic rival and a growing military threat capable of inflicting grave harm on the US and its allies and partners,” according to The US-China Economic and Security Review Commission report presented to Congress.

“The ruling Chinese Communist Party (CCP) regards the liberal democratic values championed by the US as a fundamental impediment to its external ambitions and an existential threat to its domestic rule,” it said.

Ambition to match US

Some key findings argued that the CCP seeks to revise the international order to be more in line with its interests and regime, and it aims to establish an international system in which Beijing can comfortably influence other countries’ behavior and markets.

It also claimed the CCP has attempted to use the COVID-19 pandemic to promote itself as a global leader, and to prove its ideology of “socialism with Chinese characteristics” is superior to liberal democracy.

“Beijing has long held the ambition to match the US as the world’s most powerful and influential nation,” the report said. “Over the past 15 years, as its economic and technological prowess, diplomatic influence, and military capabilities have grown, China has turned its focus toward surpassing the US.”

The report included 19 recommendations for Congress to consider, of which 10 were regarded the most important for congressional action.

Congress should provide a detailed report on China’s actions to the UN, examine Beijing’s actions that are against the economic and national security interests of the US, and China’s human rights violations.

The report requests Congress to examine Beijing’s technology transfer programs, violations of US laws, non-immigrant US visas to Chinese nationals, scholarships to Chinese students in US universities for study in strategic scientific and technological fields.

It also asked Congress to look into Beijing’s intentions in Africa, Chinese financial system and its risks to the US, activities in health care and biotechnology and China’s relationships with Taiwan and Hong Kong.

The report suggests Congress expand the authority of the Federal Trade Commission (FTC) to ensure foreign companies would be more transparent about finances and operations in US markets.

“The FTC shall develop a process to determine to what extent proposed transactions are facilitated by the support of foreign government subsidies,” it said.

“Companies operating in the US that benefit from the financial support of a foreign government must provide the FTC with a detailed accounting of these subsidies when undergoing FTC premerger procedures,” it added.

US offered aid in fighting Daesh/ISIS in Assad areas