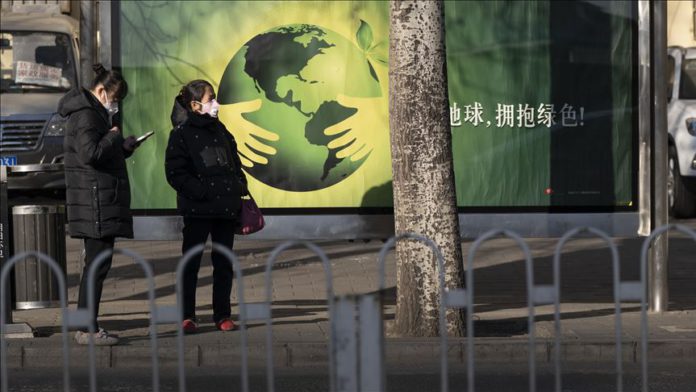 Experts believe that China, which they claim has caused the spread of the novel coronavirus around the world, should pay compensation for not fulfilling its international obligations.

Speaking to Anadolu Agency, Armstrong said that China can be sued for COVID-19 and there are as many as 10 possible legal avenues to make these claims.

“These regulations require a country to report a pandemic scenario to the World Health Organization (WHO) and share certain data within 72 hours. China’s apparent failure to uphold this duty would be the core basis of any complaint,” he said.

He stated that options vary across both domestic and international venues.

“The key instrument of international law that any prospective plaintiff would seek to engage is the International Health Regulations (2005).”

Noting the complexity of calculating the economic damage from COVID-19, Armstrong said quantifying the damage is difficult especially for developing countries and added that they estimate at least a $4 trillion loss for G7 countries alone.

“China will seek to ignore claims and resist jurisdiction where possible. China’s record at the International Tribunal for the Law on the Sea is instructive. Here, China lost a case but disregarded the verdict. In order for China to be held to account, the world will have to make it less painful to comply than not to. Any legal claim will rely on states using economic and security means to force China to the table,” he added.

‘China will not respect the rule of law’

Replying to a question on whether China can be sued over the consequences of COVID-19 Kraska said this depends on each countries’ approach to sovereign immunity of a foreign state.

“In the United States, foreign countries have sovereign immunity and cannot be brought to court unless the state is conducting commercial activities,” he said.

Kraska pointed out that China will avoid jurisdiction because it is a sovereign country, unless it agrees to be bound by the decision.

“China violated its legal duties under the International Health Regulations to convey accurately the extent of the virus inside China. China intentionally hid information, thereby endangering us all,” he said.

He also said that each state may opt to impose lawful measures against China by suspending ordinary legal obligations to induce China to fulfill reparations.

Kraska believes that China will refuse the allegations and claim that the virus emerged naturally.

“China claims that it is not liable for the existence of a virus, which is a natural occurrence. But China’s culpability is for its actions to cover up the virus, to fail to be transparent about its contagious and deadly effects, greatly increasing the risk for all nations,” he said.

He claimed that even if international courts order penalties due to COVID-19, China, which is communist country, will not respect the rule of law.

Professor Miller said he doubted anyone could sue China for the pandemic and believes this is a political, not legal, event.

“States might punish China by restricting trade ties, imposing sanctions, naming and shaming, passing a resolution in the UN, restricting travel to and from China, downgrading ties, or by other symbolic gestures. But I’m not aware of any meaningful or enforceable legal mechanisms anyone could use against China,” he said.

After originating in Wuhan, China last December, COVID-19 has spread to at least 187 countries and regions. Europe and the US are currently the worst hit.

The pandemic has killed over 232,000 people worldwide, with more than 3.24 million infections, while recoveries have exceeded 1 million, according to figures compiled by US-based Johns Hopkins University.