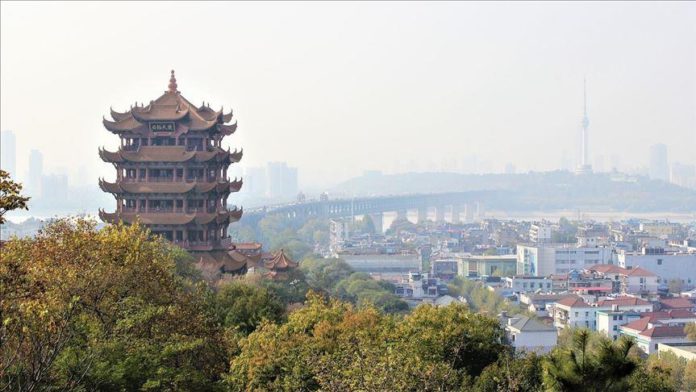 China is bracing for a heightened rush of the public during the country’s upcoming New Year as the COVID-19 cases continue to spread in the nation as well as several other Asia-Pacific countries.

National Health Commission of China said the country recorded 223 new cases on Sunday, of which 163 were locally transmitted.

The New Year holidays begin from Feb. 1 in the country while the biggest winter games are also scheduled to start in the first week of next month.

The 40-day travel season will see people travel to meet their families for the Chinese Lunar New Year, or Spring Festival, which will fall on Feb. 1, 2022.

Authorities have launched a mass disinfection drive at railway stations and other public places to avoid the spread of the infection.

Meanwhile, Health Ministry in neighboring Cambodia said 29 new COVID-19 cases were reported on Monday, 11 were locally transmitted and all of them were of omicron variant.

The Southeast Nation has reported 120,825 coronavirus cases, so far, including 3,015 deaths.

In Japan, the government of Prime Minister Fumio Kishida is mulling to declare a quasi-state of emergency in capital Tokyo and three nearby provinces including Saitama, Chiba, and Kanagawa as the COVID-19 cases hit a record in the past week.

“The capital reported more than 4,000 new cases on Sunday with its hospital bed occupancy rate nearing 20%, a benchmark for the metropolitan government to ask the central government to place it under the quasi-state of emergency,” Tokyo-based Kyodo News reported.

“(The number of new cases) is surging at an unprecedented speed, not just in the metropolitan areas, but elsewhere too,” Japan’s Chief Cabinet Secretary Hirokazu Matsuno told a news conference.

Okinawa, Yamaguchi, and Hiroshima provinces are already under quasi-state of emergency from Jan. 9 through the end of this month.

The move allows local governments to restrict working hours and halt the rush of people.

Matsuno also said Japan is planning to allow at least “87 government-sponsored foreign students into the country.”

Currently, there is a ban on the entry of non-resident foreigners into Japan due to the COVID-19 pandemic.

The select students will have to undergo quarantine for 10 days after arrival.

“The 87 students have less than one year left until they graduate or finish their studies and the government decided to allow them in so they can finish their schooling,” Matsuno said.

Japan has reported over 1.8 million COVID-19 cases, including 18,433 deaths, since the pandemic began.

The latest surge in the virus is linked to a cluster at Taoyuan International Airport.