TurkishPress
Home News China at its 'darkest' for human rights since 1989: HRW 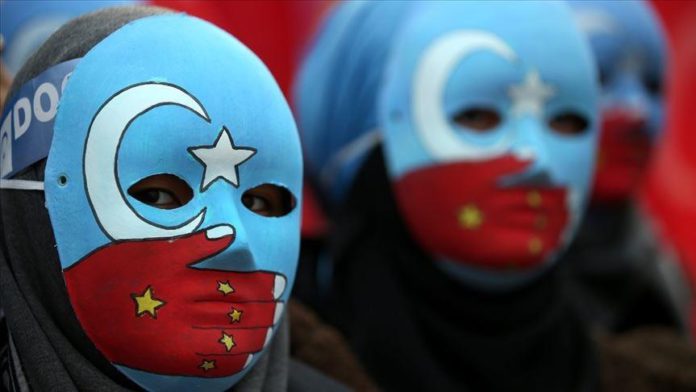 Repression in China has “deepened severely” in recent years, Human Rights Watch (HRW) said Wednesday, calling it “the darkest period for human rights” since the 1989 massacre that ended the anti-government protests in Tiananmen Square.

It deepened with the detention of more than 1 million Uighur and other Turkic Muslims in Xinjiang “to pressure them to abandon Islam and their culture,” as well as “the crushing of Hong Kong’s freedoms, ongoing repression in Tibet and Inner Mongolia, and the crackdown on independent voices throughout the country,” according to the group’s annual report.

“Yet governments have long been reluctant to criticize Beijing for fear of retaliation,” it added.

Although the US organized the first joint statement of governments willing to criticize China on human rights in 2016, it only received 11 signatures.

The report noted when the US withdrew from the UN Human Rights Council in 2018 under outgoing President Donald Trump’s administration, “many assumed that criticism of the Chinese government’s repression would end. In fact, it strengthened.”

In the past two years, however, governments have “grown more confident” to criticize Beijing’s repression “by finding safety in numbers, reflecting Beijing’s inability to retaliate against the entire world,” it said.

“The number of [the Organization of Islamic Cooperation] states supporting China’s repression in Xinjiang dropped from 25 in 2019 to 19 in 2020, with the remaining 37 OIC members refusing to join,” said the 386-page report. “Albania and Turkey went further and added their voices to the joint condemnation of China’s abuses in Xinjiang.”

It suggested that the numbers show “the tables may be turning, as more Muslim-majority countries are rightfully outraged by the Chinese government’s horrendous treatment of Muslims in Xinjiang.”

This growing international willingness to condemn China pushed Beijing to release the number for the Uighur and other Turkic Muslims directly affected by its conduct in Xinjiang for the first time –1.3 million.

However, Beijing continued to claim they were in not detention but “vocational training centers” and many “graduated.”

“Although this allusion to release must be tempered by the inability to verify independently the number remaining in detention and by the growing evidence that many who were released from custody were coerced into forced labor,” according to the report.

It emphasized that this is a lesson for other governments that show they can make “a big difference even without Washington.”

Referring to the incoming Joe Biden administration, it said: “Even under a more rights-friendly US administration, this broader collective defense of rights should be maintained.”

“Even if Biden manages to overcome the swings and double standards that often plague US policy, the defense of human rights will be stronger if a wide range of governments continues to lead,” it said.