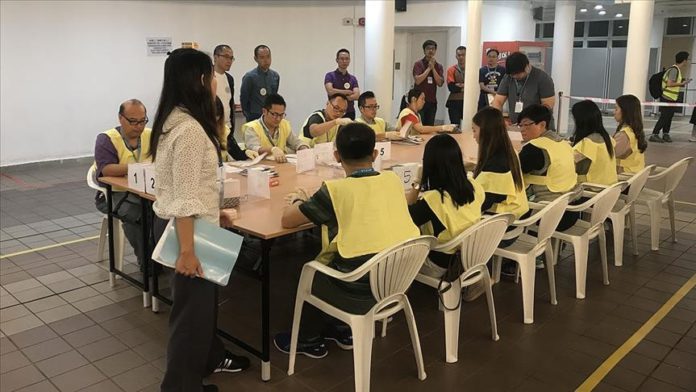 China on Tuesday approved an overhaul to Hong Kong’s elections system, including changes in the selection process of the territory’s chief executive and legislative council.

President Xi Jinping approved the amendments after they were unanimously passed by the 167-member Standing Committee of the National People’s Congress.

The amendments affect the method for the selection of semi-autonomous region’s chief executive and the formation of the Hong Kong Legislative Council, or LegCo, and its voting procedures, according to a statement by China’s State Council Information Office.

A new committee will also be set up to vet all candidates for future Hong Kong elections, as part of steps that Chief Executive Carrie Lam said “will weed out any non-patriots.”

The vetting committee “will not screen people out based on their political views,” she told a news conference.

According to Chinese state-run daily Global Times, it will be mandatory for all candidates to undergo vetting and review by the national security commission in Hong Kong and the authority’s decisions cannot be challenged.

Under the new system, the LegCo will be expanded to 90 members, from the current figure of 70.

However, the number of people directly elected to the council will be cut down from 35 to 20, while 40 members will be appointed by the Election Committee and 30 coming from “functional constituencies.”

The Election Committee will get an additional 300 members, raising its total number to 1,500.

Lam said voting for the Election Committee will be held this September, followed by elections for LegCo in December.

The LegCo polls, delayed due to the COVID-19 pandemic, were previously scheduled for October this year.

In Beijing, China’s Foreign Ministry said the electoral reforms in Hong Kong “aim to support the development of democracy in line with its constitutional order.”

“The new electoral system will further improve Hong Kong’s political and social environment, the rule of law, and business environment, and usher in an even brighter future for Hong Kong’s development,” said Hua Chunying, a ministry spokesperson.

The law, implemented in response to massive unrest and anti-government protests that erupted in 2019, drew widespread international criticism, including from the US, UK, Australia, New Zealand, and Canada.

The UK, which ruled Hong Kong until it was handed over to China in 1997, has since unveiled a visa scheme making Hong Kongers eligible for British citizenship.