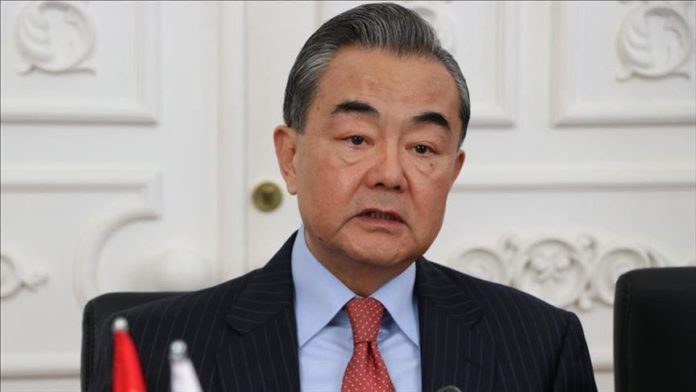 China does not want a full confrontation with the US and seeks a bilateral relationship based on mutual respect and cooperation, the country’s top diplomat said on Thursday.

He said certain quarters in the US were trying “to portray China as an adversary, and even an enemy.”

“I’d like to stress here again that China never intends to challenge or replace the US, or have full confrontation with the US,” he said, adding that Beijing wants a relationship “featuring no conflict and confrontation, mutual respect and win-win cooperation.”

The minister’s remarks come at a time of increasingly fraught relations between the two major world powers.

They remain embroiled in a bitter trade row since 2018, and diplomatic relations have hit a new low amid accusations over the origins of the COVID-19 pandemic, as well as the unrest in China’s special administrative region Hong Kong.

Wang said getting China-US relations back on track was important for the “future of the world and humanity,” and urged Washington to “immediately stop its acts of politicization and stigmatization.”

“China’s US policy remains unchanged. We are still willing to grow China-US relations with goodwill and sincerity,” he said, stressing that the two “should not seek to remodel each other.”

Not another US in the making

“Aggression and expansion are never in the genes of the Chinese nation throughout its 5,000 years of history,” Wang said.

On the worsening COVID-19 situation in the US, he said Beijing was willing to extend all possible help to Washington “on diagnostics and therapeutics, vaccines, and economic recovery.”

“China is ready to share with the US information about COVID-19 prevention and containment as well as our response experience,” he said.

Wang put forward three suggestions to improve bilateral ties: activating all channels of dialogue, identifying areas of cooperation and existing issues, and focusing on a joint response to the virus pandemic.

“I hope the US will develop more objective and cool-headed perceptions about China, and a more rational and pragmatic China policy,” he concluded.