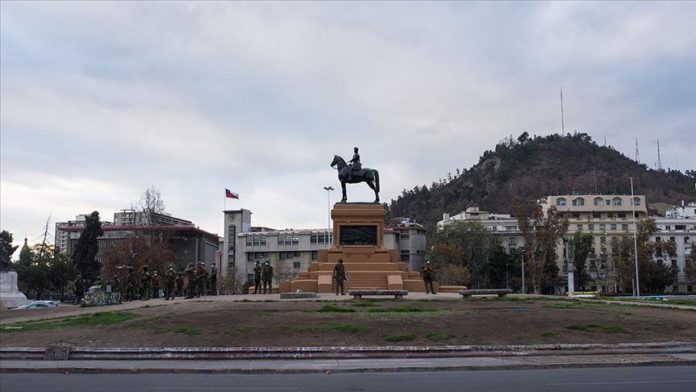 Chile voted on Sunday to scrap the Constitution they inherited from General Augusto Pinochet’s regime and draft a new one.

“It is a triumph of the people and democracy,” said President Sebastian Pinera in a TV broadcast as the “approve” option began taking the lead early in the afternoon.

With 94% of the votes counted, more than 78% of Chileans decided by a landslide to replace the Magna Carta. Around 21% chose to maintain the current document, which dates back to the government of Augusto Pinochet, accused of instilling fear and using violence, torture and repression in a grim chapter of Chile’s history.

In the second question of the ticket, “What kind of body should draft the new Constitution,” Chileans opted for a “constitutional commission” — a group of popularly elected individuals among whom there must be gender parity.

The men and women who will make up the commission that will draft the new Constitution will be elected by popular vote on April 11 and then they will have a year to write the new text, which will be submitted to a new referendum in 2022.

“This plebiscite is not the end. It is the start of a road that we must travel together to agree on a new constitution for Chile,” Pinera said as thousands of people congregated at the symbolic Plaza Italia, the center of the protest movement in Chile’s capital Santiago, to celebrate as the vote drew to a close.

The referendum vote, approved in a political agreement in Congress, was prompted by massive anti-government protests that began last year as Chileans gathered nationwide to demand education, health and pension reforms. More than 30 protesters were killed and thousands were injured in the months after demonstrations began last October amid an excessive use of force by police that was denounced by human rights groups.

After a year of taking to the streets to protest, many Chileans finally see the possibility of transforming the politics of a country that has long been regarded as a model of economic growth and stability in Latin America, but which has grown to be one of the most unequal.

For a large sector of the population, the 1980 Constitution, which encourages privatization and reduces the size of the state, is the origin of Chile’s social inequalities.

However, some right-wing political parties who oppose the process have said a change to the Constitution could undermine the health of the economy and social development.