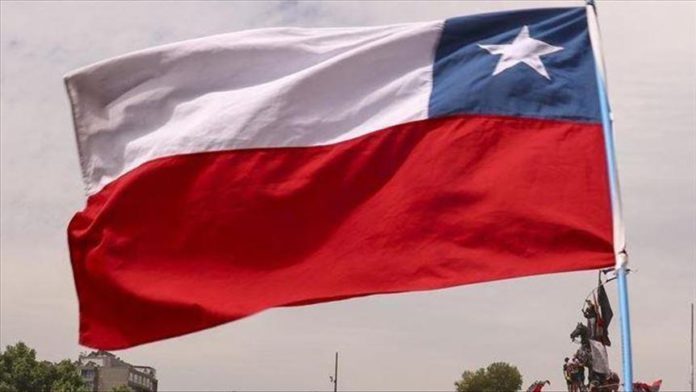 Ximena Nancumil saves Jan. 21 as a special date on her calendar. That day, her father, who was ill with prostate cancer, had not wanted to drink or eat anything, but his face changed with the news that the Chilean Senate had approved the withdrawal of pension funds for terminal patients.

“The day my dad found out he was very deteriorated, he didn’t even had any water, but when he heard the news it was like a balm for him, that day he wanted to eat, and he said that it would help us […], because he was our fundamental pillar before he got sick,” Nancumil told Anadolu Agency.

Although the law will begin to operate until July 1, some patients will be able to access their funds from the month of March.

Ximena hopes that her father can make the retirement before he passes away. “I think it’s difficult, but my father wants to pay debts from the disease, we asked for many loans. When he stopped working there was no more income, I had to stop working to take care of him.”

And when Juan Neyiman Diaz fell ill four years ago, all the income of his family, who live in the southern province of Futrono, was drastically reduced, to the point that his daughter Ximena had to use the savings that she had programmed for her home to face her father’s cancer.

“I’m totally young and I can fight, but my dad isn’t, he’s no longer receiving chemo and he’s in palliative care because the cancer is already very advanced,” she said.

Like Juan, in Chile there are at least 140,000 terminally ill patients. Among those, 40,000 face late-stage cancer, which prompted the Socialist Party deputy, Marcos Ilabaca, to present a law that would allow these patients to make use of their funds of pensions to help pay for their expenses and those of their families in the midst of an economic crisis.

“The idea of generating this bill was born in a series of tours in the region, where I heard cases of these characteristics on more than one occasion. Desperate people, terminally ill, living off public charity and seeing the doors closed to occupy their provisional funds. They said ‘if I’m going to die, why do I have to keep my funds’,” Ilabaca tells Anadolu Agency.

This questioning led the President of Chile Sebastian Pinera to promulgate the law after it had passed all the legislative procedures. “This law considers as terminally ill any person who has a serious health condition and has a life expectancy of less than 12 months,” said the president.

The money must guarantee an income for one year, a mortuary fee and a survivor’s pension. Once these expenses are covered, the remainder of the funds can be used, according to the needs of each patient.

Although terminal cancer patients may enter a temporary regime that will allow the withdrawal of their funds in the month of March, this law will come late for patients who do not manage to enter this list and who have short life expectancies.

Pia Cifuentes lived through the drama of these bureaucratic procedures while her husband, Carlos Munoz, struggled with lung cancer that had metastasized to his bones and liver, after he was diagnosed in March of last year.

“When we found out, our entire lives fell apart. We have two young children, aged 7 and 9, you don’t want to assume what’s going to happen. We knew he was going to leave but we never imagined that it would be so soon, because the life chances were, in the best of cases, of 5 years,” Cifuentes told Anadolu Agency.

However, despite the chemotherapy, radiotherapy and immunotherapy treatments that Munoz received, he died in December of last year after the cancer metastasized to the base of his skull and, since then, his family has had to face not only to the pain of his departure but to the economic uncertainty due to the hospitalization bills that have not yet arrived.

“We had faith in a miracle, he spent 23 days in the clinic, he was lucid until a few hours before leaving. His funds were an economic possibility because he wanted to leave his family well and have the resources to pay for cancer. Having taken out the savings he had would have helped us a lot to pay for the treatment, to look for an option outside of Chile, or a better quality of life,” she said.

After the loss of her husband, Pia Cifuentes’ greatest fear is that many terminally ill people will die waiting for the law to come into force, as happened to Carlos Munoz.

“There are many patients who need this money now, not in one, two or three months. There are going to be many who will leave with the hope of retirement.

“Hopefully it will stop being such a cumbersome procedure and can be more effective and faster,” concludes Cifuentes, who now only supports herself with her savings and the disability pension left by her husband, in the midst of the economic crisis caused by the pandemic in Chile.

Malta rules out project which may harm Turkish cemetery