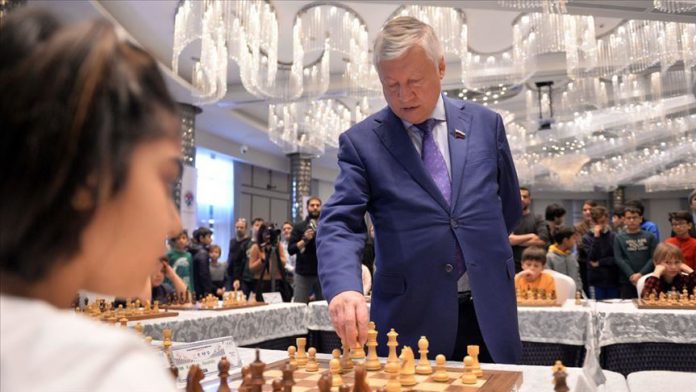 In a friendly match on Saturday, Russian chess legend Anatoly Karpov faced off against a Turkish pre-teen, with the match ending in an unexpected draw.

In a tribute to his younger opponent’s skills at the game, Karpov offered to make the match a draw, and Cingoz accepted.

Chess lovers applauded Cingoz for putting up a spirited fight against a chess master.

Cingoz told Anadolu Agency that the match was a good experience for her.

“I was so thrilled during the match. It’s very good to play against someone who is a seven-time world champion,” she said, adding that Karpov didn’t underestimate her.

Cingoz added that she wants to face Karpov again.

At the festival, where Karpov was special guest of the Turkish Chess Federation (TSF), he took on several young players.

This festival had the support of Turkey’s Youth and Sports Ministry, the International Chess Federation (FIDE) and Russian state atomic energy corporation Rosatom.

'Cinema can also be defined as craftsmanship': Director