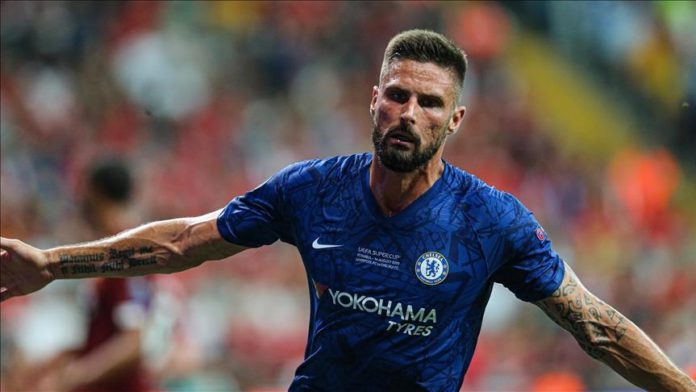 The 34-year-old Frenchman was unstoppable as he kept scoring against Sevilla at the Ramon Sanchez-Pizjuan Stadium in Seville.

He put the ball into Sevilla’s net in the 8th, 54th, 74th and 83rd minutes, with the fourth goal scored from a penalty kick.

As a result, Chelsea secured first place in Group E with 13 points.

Sevilla has racked up 10 points in five matches. Both clubs are into the last 16.

Russia’s Krasnodar is in third place with 4 points while France’s Rennes is at the bottom with one point.

According to the format, only the best two clubs in each group will go to the Champions League’s next round, the last 16.

Third-place teams in each group will qualify for the second-tier UEFA Europa League campaign.

Borussia Dortmund drew with Italian club Lazio 1-1 in a Group F match but the Germans clinched a place in the Round of 16.

Dortmund’s Raphael Guerreiro scored the opener in the 44th minute in Signal Iduna Park, but they could not avoid the second half equalizer scored by Italian forward Ciro Immobile.

Immobile — a former Dortmund player — scored from a penalty kick to secure the 1-1 draw.

Borussia Dortmund are leading the group with 10 points in 5 matches.

Lazio is chasing Dortmund with 9 points. Belgium’s Club Brugge has 7 points, while Russian club Zenit have been eliminated as they have only one point.

The group stage in the Champions League will end next week.

In the next fixture, Dortmund will travel to Saint Petersburg to face Zenit.

Lazio will play against Club Brugge in Stadio Olimpico, Rome.

“Proud to have hosted a #UCL ‘first’ for Stephanie Frappart at the Allianz Stadium!” Juventus said on Twitter.

Frappart was previously appointed to the 2019 UEFA Super Cup final between Liverpool and Chelsea where the Reds bagged the UEFA trophy at Istanbul’s Vodafone Park Stadium, beating Chelsea 5-4 on penalties.

Federico Chiesa, Cristiano Ronaldo and Alvaro Morata were the scorers for Juventus.