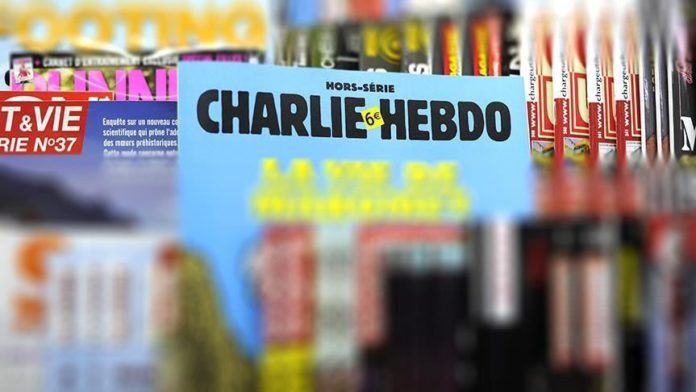 “An investigation was initiated into executives of Charlie Hebdo magazine for insulting the President in accordance with Articles 12, 13 and 299 of the Turkish Penal Code,” said a statement by prosecutors.

The probe comes in the wake of the French weekly publishing deeply offensive cartoons supposedly about Recep Tayyip Erdogan on Tuesday.

Turkey has denounced the magazine for publishing the offensive content.

“You cannot deceive anyone by hiding behind freedom of expression! I condemn the immoral publication of the inexcusable French rag about our president,” Turkey’s Vice President Fuat Oktay said on Tuesday.

The publication follows French President Emmanuel Macron declaring he will “not give up” offensive cartoons of the Muslim Prophet Muhammad as well as making a series of anti-Islamic remarks.

Earlier this month, Macron accused French Muslims of “separatism” and claimed Islam is “a religion in crisis all over the world.”

Tensions further escalated after the murder of a French schoolteacher after he showed his students cartoons of the Prophet Muhammad during one of his classes on freedom of expression.

Similarly insulting cartoons from Charlie Hebdo were also projected onto buildings in a few cities.

Earlier this year, the magazine republished cartoons insulting Islam and the Prophet Muhammad.

With calls to boycott French products circulating online in many countries, Erdogan has urged a boycott by Turkish consumers as well.

UEFA lifts ban on away fans