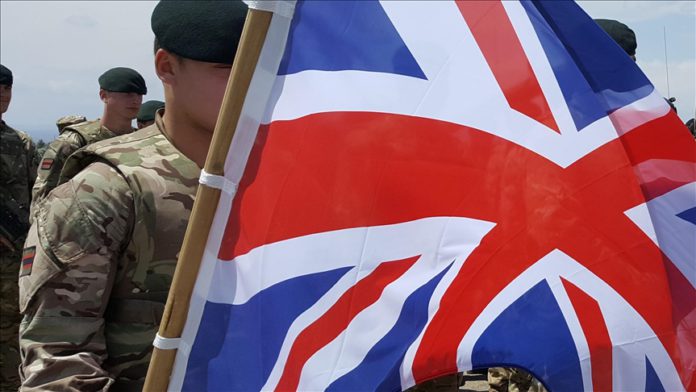 Two former soldiers of the British army, accused of murders and attempted murders in events that took place almost 50 years ago in Northern Ireland, will not stand for trials, victims’ families learned on Friday.

The families of those killed on Bloody Sunday on Jan. 30, 1972 in Londonderry (Derry) have “expressed disappointment” at the collapse of the trial of Soldier F and said they will challenge the decision in the High Court, according to Belfast Telegraph.

The true identities of the accused soldiers have never been released due to court restrictions.

Soldier F was accused of murdering James Wray and William McKinney during the Bloody Sunday, as well as of the attempted murders of Patrick O’Donnell, Joseph Friel, Joe Mahon and Michael Quinn.

The prosecution of a former soldier, who is known as Soldier B, for the murder of 15-year-old Daniel Hegarty in Londonderry in 1972 will not proceed either, according to his family solicitor.

Solicitor Des Doherty said Northern Ireland’s Public Prosecution Service informed the family of Daniel Hegarty it was discontinuing the prosecution, according to the Belfast Telegraph.

Londonderry was the scene of an infamous massacre in January 1972 when members of Britain’s elite Parachute Regiment shot 27 unarmed people in a civil rights protest. Fourteen of the victims later died.

The killings hastened Northern Ireland’s descent into conflict between the British government and pro-British paramilitaries on one side and Irish republicans and nationalists on the other.

Anger over Bloody Sunday went worldwide as it was recorded by TV crews and it generated a wave of new recruits for a resurgent Irish Republican Army (IRA).

The UK government initially claimed the soldiers were responding to gunfire from nearby buildings – a finding that was supported by an early investigation called the Widgery Report.

However, after years of pressure from the victims’ families, the 12-year Bloody Sunday Inquiry, also known as the Saville Inquiry, later found that the victims had not posed a threat to the soldiers.

In June 2010, then Prime Minister David Cameron issued an official apology for the killings on behalf of his government, confirming that those shot dead were innocent victims.

Despite the apology, increasing numbers of veterans of the British security forces have emerged in recent years to protest.

They complain that investigations against soldiers and police officers amount to a witch hunt while many former paramilitaries were released from prison under the 1998 Good Friday peace deal.​​​​​​​

The peace deal largely saw the end of Troubles-era violence in which more than 3,500 people lost their lives.