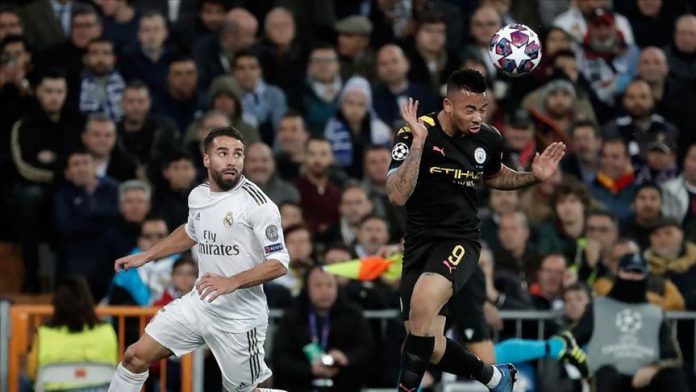 Manchester City earned a 2-1 victory Wednesday over Real Madrid in the UEFA Champions League Round of 16 first leg to return to England with a crucial advantage.

Real Madrid’s Spanish midfielder Isco broke the deadlock in the 60th minute, giving his team a 1-0 lead at the Santiago Bernabeu Stadium.

But Manchester City’s Brazilian forward Gabriel Jesus equalized with a header in the 78th minute, making it 1-1.