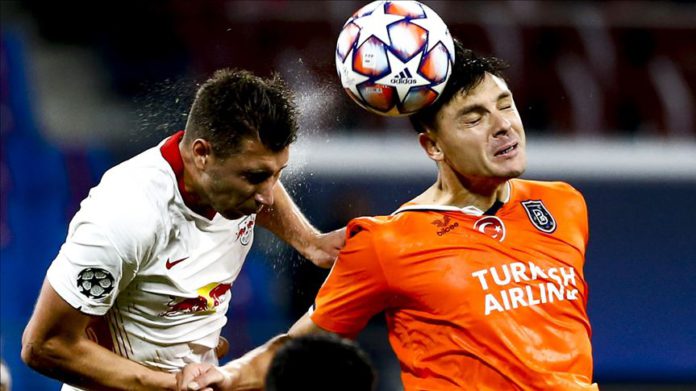 A double strike by Spanish left-back Angelino in the first half gave his Bundesliga team the victory in the Group H match at the Red Bull Arena.