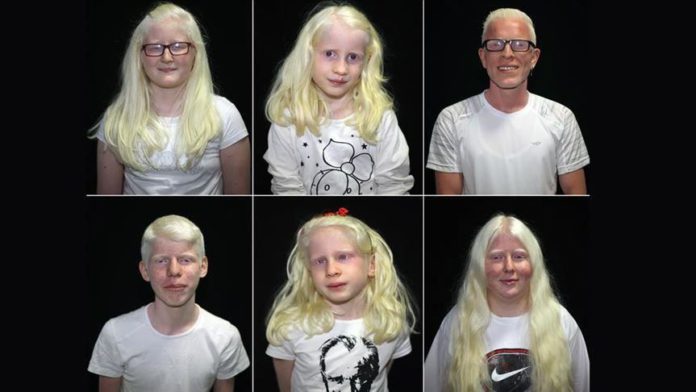 As the world observes International Albinism Awareness Day (IAAD) on Saturday, the COVID-19 pandemic is reported to have made the life of people with albinism more challenging.

According to UN data, albinism – a congenital condition characterized by the absence of pigment in the skin – is prevalent in North America and Europe one in every 17,000 to 20,000 people.

The condition is much more prevalent in sub-Saharan Africa, with estimates of one in 1,400 people being affected in Tanzania and prevalence as high as one in 1,000 reported for select populations in Zimbabwe and other specific ethnic groups in southern Africa.

“We’ve received disturbing reports of people with albinism being called ‘corona’ and blamed for the outbreak of this ‘foreign’ virus,” Sam Clarke, communications manager of Standing Voice, an international NGO, told Anadolu Agency.

Health workers said though there is no cure for albinism, the use of sunscreen sunglasses, and sun-protective clothing can prevent contracting skin cancer. This treatment is unfortunately unavailable to people in many countries due to discrimination.

Clarke said that the current pandemic has made it almost impossible for his organization to bring together large numbers of patients and people with albinism.

But in the same breath, he said that the NGO has adapted to the situation and his organization sends health packages with sunscreen and protective clothing to the homes of albinism affected people.

“And we’re investing in tele-dermatology,” Clarke added. “So that patients concerned about their skin can access remote consultation services quickly over the phone.”

People with albinism are already among the poorest and most vulnerable in society in Tanzania and Malawi – a situation that will only be worsened by the economic impact of COVID-19. To stop them from slipping further into poverty, Standing Voice provides them emergency housing and financial assistance.

Clarke said that going by history, people with albinism are the first to be targeted in times of uncertainty and fear.

“We are doing everything that we can to prevent that this time,” he said.

His organization is distributing guidance booklets to debunk myths and ensure that communities across Tanzania and Malawi understand that there is no link between COVID-19 and people with albinism.

“This is an urgent and appalling human rights crisis that deserves greater international attention,” he said.

Clarke said that people with albinism face a plethora of forms of discrimination.

Target of violence and rape

Since they are paler than dark-skinned people around, people with albinism are more likely to become victims of violence and rape.

“Rape of women with albinism is often thought to cure infertility and AIDS, while opportunistic witch doctors incite violence by peddling the myth that the body parts of a person with albinism can generate wealth and fortune when used in witchcraft,” said Clarke.

This particular misconception has so far killed 212 people. Attacks on another 397 have been reported across 29 countries in Africa since 2006. Clarke, however, said that the numbers could be much more.

Last February, a 92-year-old woman in Malawi was attacked with a machete in her own home, losing two toes. In May, the grave of a man with albinism in southern Malawi was violated to exhume his body parts.

In 2014, the UN General Assembly proclaimed June 13 as IAAD.