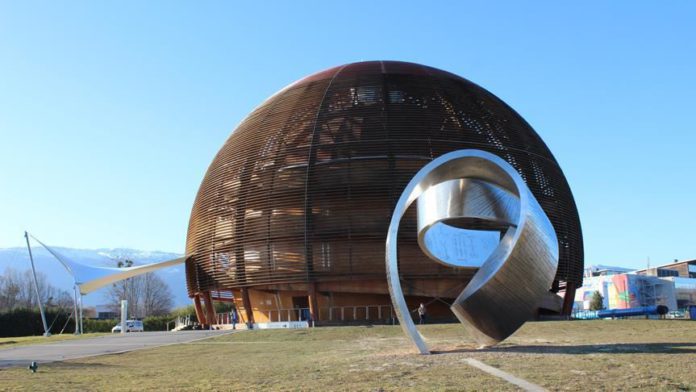 The Swiss-based European Organization for Nuclear Research, also known as CERN, said Friday that its council had agreed to develop a bigger and much more powerful Large Hadron Collider (LHC) for furthering understanding of the universe.

Construction of the future collider at CERN could begin within less than 10 years after full exploitation of the High-Luminosity LHC, expected to complete operations in 2038.

CERN said the decision follows almost two years of discussion about updating the LHC, the world’s largest and highest-energy particle collider and the largest machine in the world.

“It has been built to further our understanding of the universe.

“By probing ever-higher energy and thus smaller distance scales, particle physics has made discoveries that have transformed the scientific understanding of the world,” said CERN in a statement.

“Nevertheless, many of the mysteries about the universe, such as the nature of dark matter, and the preponderance of matter over antimatter, are still to be explored.”

CERN said that the exploration of significantly higher energies than the LHC will allow new discoveries and the answers to existing mysteries, such as the nature of dark matter, to be found potentially.

The 2020 update of the European Strategy for Particle Physics proposes a vision for both the near- and long-term future of the field.

It said it addresses outstanding questions in particle physics and the innovative technologies being developed within the field.

CERN released a document highlighting the need to pursue an electron-positron collider acting as a “Higgs factory” as the highest-priority facility after the Large Hadron Collider.

“The Higgs boson was discovered at CERN in 2012 by scientists working on the LHC and is expected to be a powerful tool to look for physics beyond the Standard Model,” said CERN.

“Such a machine would produce copious amounts of Higgs bosons in a very clean environment, would make dramatic progress in mapping the diverse interactions of the Higgs boson with other particles and would form an essential part of a rich research program, allowing measurements of extremely high precision.”

CERN is a European research organization whose purpose is to operate the world’s largest particle physics laboratory.

Founded in 1954, the organization is based in the northwest suburbs of Geneva and has 21 European member states. Turkey became an associate member in May 2015.

In 2012, experiments at CERN’s LHC discovered a new particle – the Higgs Boson – one of the 17 particles in the Standard Model, the model of physics which describes all known basic particles.