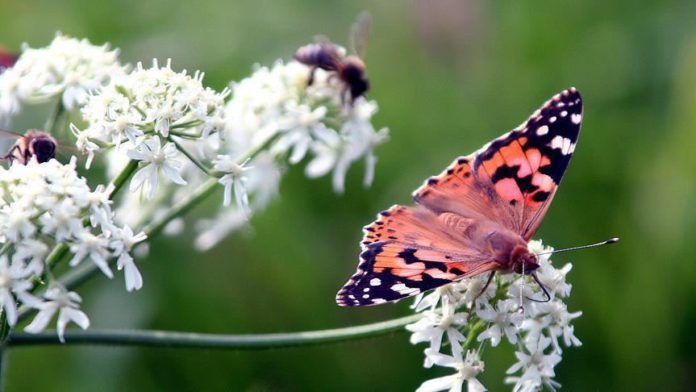 Although Asia and Africa often spring to mind when it comes to the wildlife trade, Central America is not immune to this global threat, as 1,500 species across the region are at risk of extinction, according to a new study.

Rising demand for wildlife exacerbates illegal trade, putting biodiversity, nature, and many species that are already threatened with extinction at risk nearly all around the world.

Mesoamerica, one of the most diverse regions in the world and rich in biodiversity, is also struggling with poaching and wildlife trafficking as the report “Emerging trends of the illegal wildlife trade in Mesoamerica” shows.

Sarah Gluszek, a wildlife trade technical specialist at Flora & Fauna International, and Alejandra Goyenechea, senior international counsel at the Defenders of Wildlife organization, two of the co-authors of the report, spoke to Anadolu Agency about the main problems and reasons behind the wildlife trade as well as the dimension of the issue across Central America.

Touching on the key outcomes of the report, Gluszek said there has been an increase in wildlife and timber trafficked to be used as substitutes for hard-to-source African and Asian species.

The report highlighted that there are threats to species that were not targeted for commercial use before such as sea cucumbers and glass eels, which are being targeted for food and traditional medicine, she said.

Gluszek highlighted that the team also observed increasing threats to wildlife which is already faced with illegal trafficking such as birds (parakeets, parrots and macaws), small mammals, tropical timber (rosewood) and rare and newly identified species of amphibians and reptiles.

Asked how political instability in the region affects illegal trade problems, she underlined that weak governance and corruption have led to the poor implementation of regulations on the ground.

“This exacerbates the already precarious situation for protected species, particularly those already at risk of extinction and facing ongoing pressures from the illegal trade,” she added.

She said Central American nature is at risk from the illegal wildlife trade and that new species are becoming threatened, as the study shows.

“If left to continue unabated, these species, as well as others, could risk facing extinction.”

Established in 1903 as “The Society for the Preservation of the Wild Fauna of the Empire,” Fauna & Flora International is a wildlife conservation organization that focuses on protecting biodiversity.

– Demand from Europe, Asia, US

Goyenechea said that demand for wildlife from various regions such as Europe, Asia and the US is the main reason behind the illegal wildlife trade in Mesoamerica.

She said other factors include economics and poverty, and it is exacerbated by the lack of political will [which is improving with the newly adopted 2019 Lima Declaration], corruption and insufficient judicial training to prosecute crimes involving environment and wildlife.

The 2019 Lima Declaration refers to the political commitment to adopt and promote measures against illegal wildlife trade across the Americas that were designated following the First High-Level Conference of the Americas on Illegal Wildlife Trade in Peru’s capital Lima in last year.

“Fieldwork is crucial to combat illegal wildlife trade, especially training customs officers to identify species in the legal and illegal trade, training judges to sensitize them on the importance of wildlife crime,” she stressed.

Goyenechea went on to say that adopting wildlife trafficking as a crime in national legislation and raising awareness through education on the importance of wildlife conservation would also play a key role to prevent the illegal trade.

She mentioned regional collaboration and data sharing among neighboring countries as other steps to counter the trafficking of wildlife.

Founded in 1947, Defenders of Wildlife is the premier US-based national conservation organization dedicated to the protection and restoration of imperiled species and their habitats in North America and does mostly policy work in Latin America.

The study, which used a predictive method to identify patterns and forecast threats, also found that “growing access to previously inaccessible areas, better connection with global wildlife markets, and pressures from human population growth” have raised the threats on the species.

It also highlighted the role of technology, which plays a positive role in detection and surveillance in Central America while also providing traffickers with a wider market reach.

Cuban envoy in Turkey rules out missing persons in Cuba