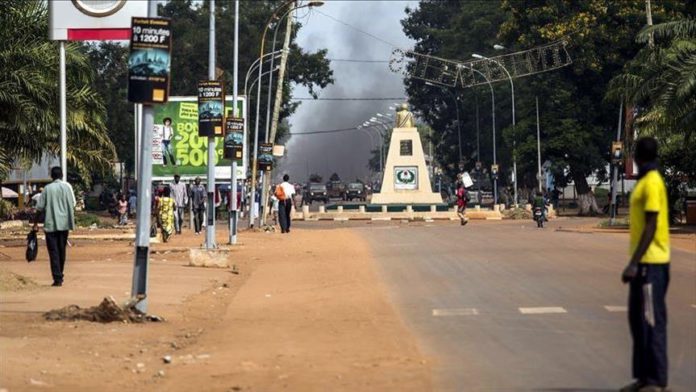 The Central African Republic (CAR) extended a state of emergency for six months across the war-torn country as the fight against the rebel groups continues, the government announced Friday.

The country’s lawmakers gathered in a plenary assembly session on Friday and adopted the bill extending the Jan. 21 state of emergency, the government said in a Facebook post.

The armed forces took over the city of Yaloke and its surrounding areas on Friday from rebel groups.

On Wednesday, the UN secretary-general condemned the recent violence in the CAR, reiterating his call for a global cease-fire.

The situation in CAR, a landlocked country in the African continent, worsened after the rejection of former President Francois Bozize’s candidacy for the presidential election in December last year.

Earlier this week, the Democratic Opposition Coalition, comprising over a dozen political parties, announced its withdrawal from the current electoral process and its rejection of the results.

Violence and insecurity related to the recent elections in the CAR have forced more than 200,000 people to flee their homes in less than two months, the UNHCR said last week, warning that tens of thousands of people face dire living conditions.