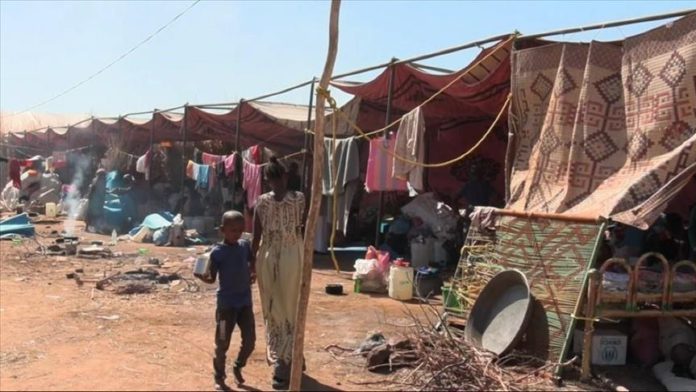 The UN Refugee Agency (UNHCR) on Tuesday said it is working to relocate thousands of Central African refugees to safe locations in the Democratic Republic of the Congo (DRC).

In a statement, the agency said it will relocate refugees from Central African Republic who are currently in dangerous conditions to remote border areas of the DRC.

At least 100,000 people have been displaced within the country by recent violence. Another 107,000 fled to neighboring countries – Cameroon, Chad, and the Democratic Republic of Congo – according to the UNHCR.

Congolese authorities estimate that 92,000 refugees have arrived from the Central African Republic after election-linked violence erupted in December.

Fighting between a coalition of non-state armed groups and government forces continued over the past two months, plunging the country into a new cycle of violence.

The statement said the UNHCR and DRC’s National Refugee Commission (CNR) “will prepare four relocation sites for some 35,000 refugees to live alongside local communities and grow their own crops, attend local schools, and benefit from other services that serve their Congolese hosts. Settling refugees in local communities will allow them to live with greater dignity and independence.”

“Most Central African refugees are now living along riverbanks in hard-to-reach border areas, among host communities with extremely limited resources.

“Conditions are dire, with many refugees sleeping in makeshift shelters. Most have little to no access to drinking water, sanitation, or food. Some have been welcomed by host families, sometimes with up to three refugee families living in a single home,” the statement said.