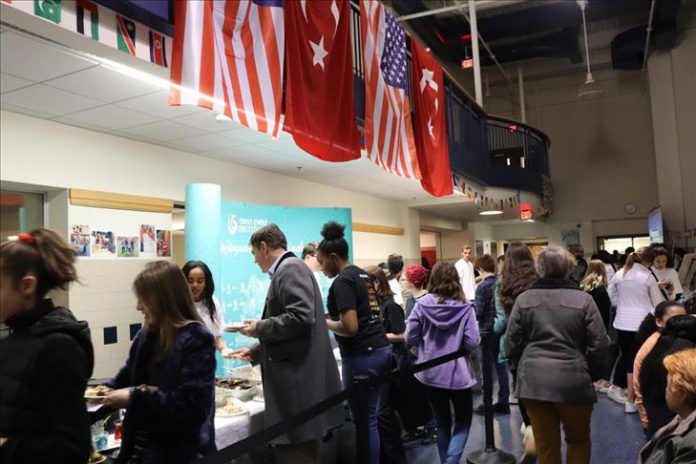 A center run by the Turkish government introduced the country’s culture Thursday to more than 2,000 people in Washington.

The Washington office of the Yunus Emre Institute (YEE) took part in an event organized by the prestigious Alice Deal Middle School as part of “International Day” activities.

The institute presented participants with samples of Turkish cuisine as well as Turkish coffee and tea as well as calligraphy art pieces depicting the country’s culture.

YEE’s stand at the event also attracted a great deal of attention.

Since its establishment in 2009, the institute has taught Turkish to over 100,000