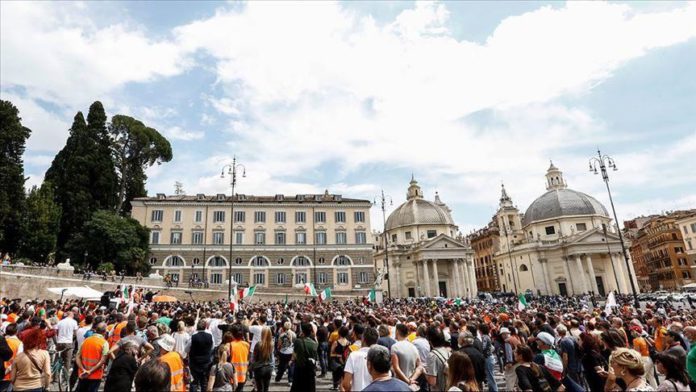 The Italian center-left is likely to retain its historic stronghold in Tuscany in key regional elections, early projections showed on Monday, as Italians voted in the first electoral test for the country’s fragile ruling coalition.

In central Tuscany – a traditional leftist region – center-left candidate had a six-point lead over his center-right rival Susanna Ceccardi.

In the southern Puglia region, the race between center-left candidate 000000 and his center-right contender Raffaele Fitto was too close to call.

Seven of Italy’s 20 regions voted on Sunday and Monday to choose new legislatures and governors, in addition to mayoral elections across the country and a nationwide referendum aimed at reducing the size of parliament.

According to preliminary data, the referendum to cut the number of lawmakers passed with almost 70% of votes. The reform is a cornerstone of the Five Star Movement, main partner of the ruling coalition together with the center-left Democratic Party (PD).

The battle in the other voting regions – Campania, Liguria, Marche, Veneto, and Valle d’Aosta – seemed favorable to the center-right opposition, set to win in all the regions except for Campania, according to early counts.

Though analysts believe that the local vote is unlikely to trigger a political crisis in Rome, a solid performance by the rightist opposition could further weaken the fractious coalition headed by Prime Minister Giuseppe Conte, sparking a new phase of political instability.