US President Joe Biden has not communicated with al-Sisi and most of the region’s leaders, and the US commander’s visit is the first for a high-ranking US military official since Biden’s inauguration last month.

According to a statement by the Egyptian Presidency, al-Sisi received General McKenzie in the presence of Egyptian Chief of Staff Mohamed Farid and US ambassador to Egypt Jonathan Cohen.

During the meeting, the Egyptian president expressed his aspiration for “the continued development of the existing bilateral cooperation in all fields, especially at the military level.”

The US commander stressed “keenness to continue the pace of coordination and consultation with Egypt regarding regional issues,” according to the presidential statement.

The meeting tackled “ways to strengthen cooperation in the military and security levels,” combating terrorism and touched on training programs. It also discussed issues in the Middle East, the Horn of Africa and the Eastern Mediterranean.

On Feb. 17, the US State Department announced its approval of the possibility for a $197 million military deal with Egypt, while it confirmed its communication with the Egyptian government about human rights concerns.

Washington has provided Egypt with about $1.5 billion in annual aid, including $1.3 billion in military aid, since Egypt signed a peace treaty with Israel in 1979. 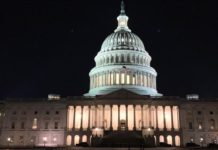