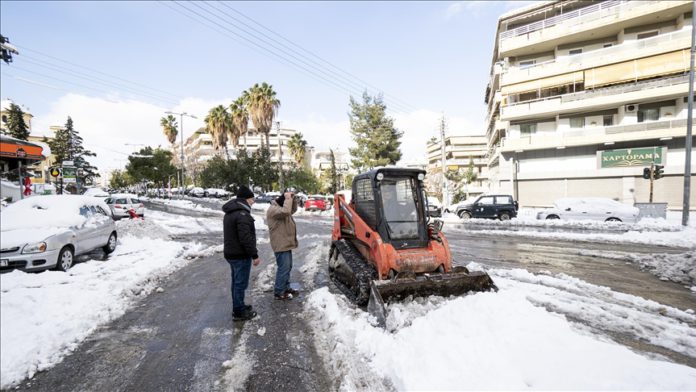 Greece’s main opposition leader on Thursday proposed a censure motion against the government for mishandling the snowstorm that hit the country earlier this week.

“Enough with Mr. (Prime Minister Kyriakos) Mitsotakis’ callous government. My belief and the belief of the majority of the citizens is that this government should leave as soon as possible,” Syriza party leader Alexis Tsipras told parliament.

“I decided to propose a motion of censure against the worst government that has ruled this country in the post-dictatorship era. It is time for you to go because there are no impasses in democracy,” said Tsipras, who served as prime minister from 2015 to 2019.

According to the constitution, in order for the motion of censure against the government as a whole or against one of its members to be accepted, an absolute majority of the total number of 151 deputies from the 300-seat legislature must vote in favor.

The debate will begin on Friday and conclude on Sunday evening.

A severe snowstorm swept the country on Monday, causing traffic chaos in the entire Attica region for days and power cuts in several areas.