TurkishPress
Home News Celebrities speak out on protests in Colombia 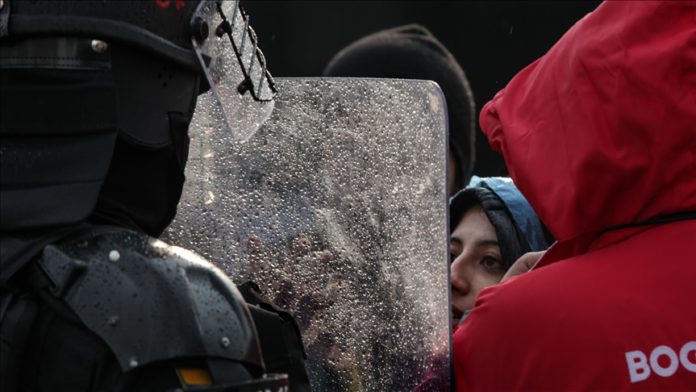 Celebrities such as Shakira, Radamel Falcao, J Balvin and Maluma have spoken out on social media on the crisis in Colombia, where protests over a planned tax hike have left at least 19 people dead and hundreds injured.

“It is unacceptable for a mother to lose her only child to brutality. And that 18 other people have their lives taken from them in a peaceful protest,” Shakira said. “Bullets will never be able to silence the voice of the one who suffers. And we mustn’t be deaf to the clamor of our own,” the Colombian singer added.

Galatasaray star Radamel Falcao also shared a heartfelt message on Twitter, calling for the “people’s demands to be heard.”

“I reject any act that violates human rights. I call for NON-VIOLENCE and ask that the right to peaceful demonstration be valued and respected. I express my concern and shock for the events that have been happening during the last week, my solidarity with those who have lost their lives, the injured and their families,” he said.

“I ask that bridges be built between the different political, economic and social actors in my country. I call for the people’s demands to be heard. I call for reflection so that we can debate ideas without violence, without death, without destruction of those who think differently. I call on the international community to observe the delicate social, political and public health situation in my country,” he added.

Workers, students and indigenous people have taken to the streets to protest a tax reform proposal by President Ivan Duque’s government last week.

“We are living sad, painful moments…Intolerance and uncertainty have taken over our lives,” he said.​​​​​​​

International celebrities are also calling attention to the situation in Colombia, including Canadian singer Justin Bieber, who asked for prayers for the people.