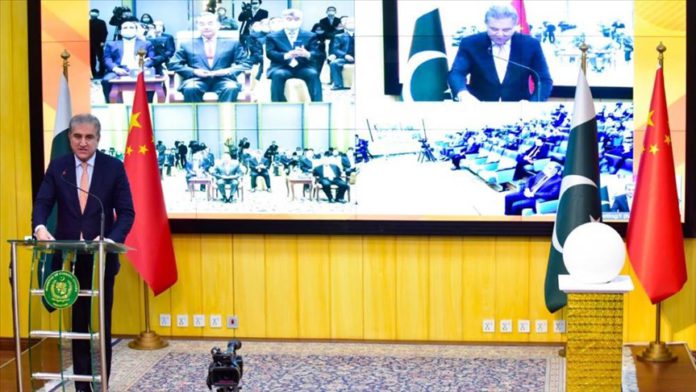 Celebrations commenced Tuesday to commemorate the 70th anniversary of the establishment of diplomatic relations between Pakistan and China.

Qureshi said successive generations of leaders and people of Pakistan and China have made “invaluable” contributions to strengthen ties between the two nations that were established in May 1951.

“We pay tribute to the Chinese leadership which has done an incredible job in changing the lives and destiny of its people,” he said. “We believe that President Xi Jinping’s leadership, at a momentous history, has greatly helped Chinese nation achieve its national aspirations.”

The $64 billion CPEC that was signed in 2014 is intended to connect China’s strategically important northwestern Xinjiang province to the Gawadar port in southern Pakistan, through a network of roads, railways, and pipelines to transport cargo, oil, and gas.

Chinese Foreign Minister observed that the Sino-Pakistan friendship has a “time-honored history and in the seven decades the two countries have stood together in rain or shine, and built an exceptional, iron-clad friendship.”

A logo was unveiled during the ceremony epitomizing the historic nature of Pakistan-China ties.

The two nations have planned a series of events, including people-to-people exchanges, that are spread across the entire year to commemorate the historic milestone.

Italian FM thanks Germany for freeing tourism to Italy