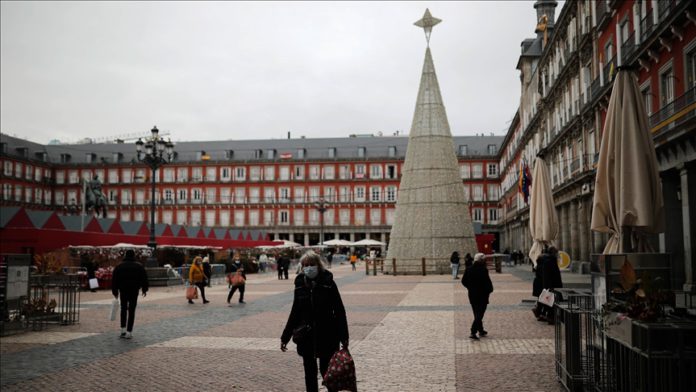 In a sweet end to a bitter year, hundreds of lucky people are celebrating big wins from Spain’s famous Christmas lottery draw, which handed out around €2.5 billion ($3 billion) on Tuesday.

The top prize, also known as El Gordo (the fat one), was sold in more than 20 towns and cities across the country.

While individual prizes are not as big as in other lotteries – a winning €20 ticket will bring in €400,000 before taxes – 1,600 tickets with the same number are sold, meaning winnings are widely distributed.

After schoolchildren sang out the big winners, champagne began flowing and smiles shone through even face masks.

The pandemic did bring complications to the lottery, which got its start in 1812 when, historians say, it was used to raise funds to fight off the Napoleonic invasion.

“The lottery has always gone on. It went on through the Spanish Civil War, and during the Spanish flu so the pandemic couldn’t stop us from celebrating. But we had to do it as safely as possible,” Jesus Huerta, head of Spain’s lottery agency told Spanish Public Television (TVE).

This was the first time in its history that Madrid’s Royal Theatre, where that draw has been held in modern times, did not allow spectators.

Lottery sales were down 11% this year compared to the last, according to Huerta.

The Spanish government also changed how it taxes the prizes. This year, prizes under €40,000 won’t be taxed. Normally, authorities took 20% of all winnings over €20,000.

But, as always, the biggest single winner of the draw is Spain’s treasury – which is still expected to get a Christmas boost of tens of millions of euros.