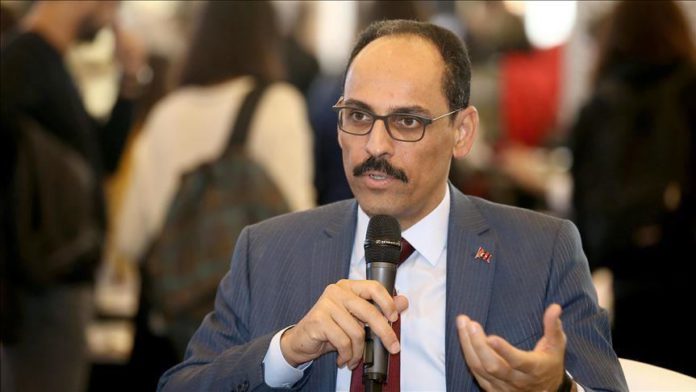 A sustainable cease-fire in Libya can be achieved if everyone returns to their positions in 2015, Turkish presidential spokesman said Sunday.

“As long as the Libyan Government wants us to be there, we will be there,” he said. Turkey will continue to support the UN recognized-government headed by Fayez al-Sarraj.

“We support the legitimate government [Government of National Accord (GNA)] in Libya. The French government supports an illegitimate war baron and jeopardizes Libya’s political stability and the safety of NATO, Mediterranean, North Africa,” he said.

Kalin stressed that Haftar has been untrustworthy from the beginning.

“Haftar broke all cease-fire agreements and efforts to relieve tension. GNA will not support any negotiations that Hafter is in,” he said.

He blamed the United Arab Emirates (UAE) for financing the war in Libya and called silly attacks by the Gulf state on Turkish President Recep Tayyip Erdogan and Turkey because of their roles in the Arab-Muslim world.

Turkey understands the legitimate security concerns of Egypt because of its border proximity with Libya but supporting Haftar is a wrong policy, he said.