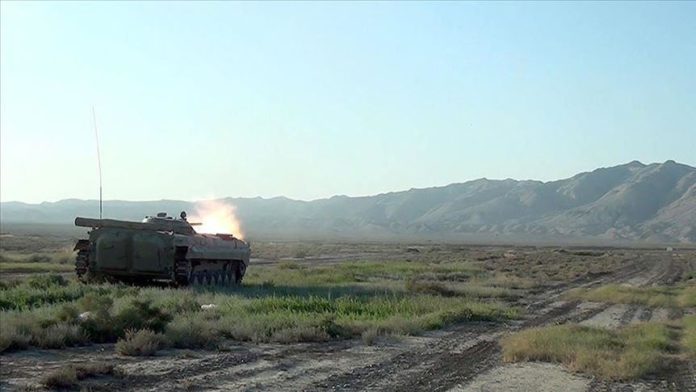 A cease-fire agreed between Azerbaijan and Armenia for the exchange of prisoners and retrieval of bodies in Nagorno-Karabakh came into force at 12 p.m. local time (0800GMT) on Saturday.

No information was given for the duration of the cease-fire made on humanitarian grounds.

The Red Cross will act as an intermediary during the humanitarian operation.

After the Armenian army attacked the Azerbaijani civil settlements on Sept. 27, the Azerbaijani army launched an operation, liberating the city of Jabrayil, the town of Hadrut, and more than 30 villages from occupation.