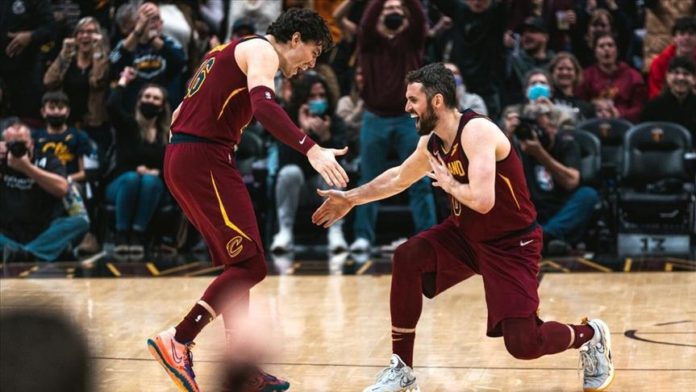 Cedi Osman-led Cleveland Cavaliers came back from 20 points deficit to beat the Indiana Pacers 98-85 in a Sunday NBA game as the victors were dominant in the fourth quarter.

Cleveland’s Turkish small forward Osman, 26, scored 22 points during the game, tallying 18 of them in the fourth quarter.

He was one of the key players for the Cavaliers.

The Cavaliers trailed by 34-14 in the second quarter in Cleveland’s Rocket Mortgage FieldHouse.

The Cavaliers team played an impressive final quarter to score 37 points, outscoring the Pacers by 20 in the final frame.

The Pacers were leading the game 68-64 once the fourth quarter had started, but the Cavaliers have taken a 69-68 lead with 10:23 remaining after Osman’s jump shot, and they have never looked back.

With 33 wins, the Cavaliers are in the fourth position in the Eastern Conference standings.

Another team from East, the Pacers, are currently in the lower ranks as they are going 19-36.

Cavaliers get Pacers’ LeVert per sources

Adrian Wojnarowski said that the Cavaliers signed 27-year-old LeVert, and sent their Spanish guard Ricky Rubio to the Pacers as per this agreement.

LeVert averaged 18.7 points and 4.4 assists per game this season.

Rubio, 31, had a major knee injury in late December to miss the rest of the NBA season.

He was previously diagnosed with a torn anterior cruciate ligament.