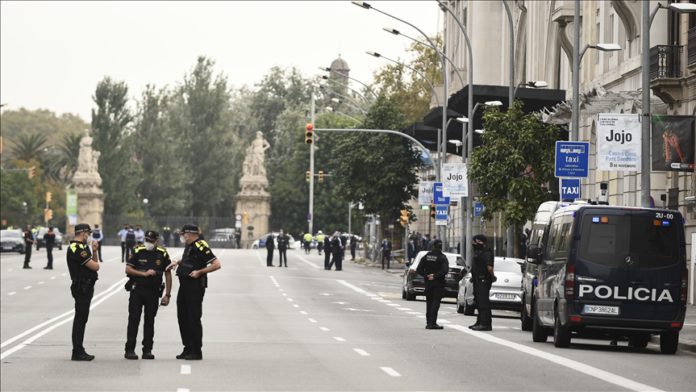 Catalonia announced on Thursday that it would delay the next phase of reopening, as both the northeastern region and the rest of Spain noticed an uptick in new coronavirus infections.

While new infections were up around 800 compared to Wednesday, there were still around 2,000 fewer cases than registered last Thursday.

The number of hospitalizations continued on the downward trend, with around 500 fewer active COVID-19 patients treated in Spanish hospitals compared to Wednesday, though 25% of all available intensive care units (ICUs) in the country remain full.

Despite the generally positive trends in Spain’s infection rate, Catalan officials are seeing early warning signs that the second wave could be giving way to a third.

Three days ago, the viral reproduction number in Catalonia was at 0.77 — meaning each infection only led to 0.77 more on average. It has now shot up to 0.90, and health officials are delaying reopening to keep that number below one.

On Monday, the region was set to lift restrictions on mobility and shopping malls, and allow more people inside places like bars, restaurants, and movie theaters. Now, Catalans will have to wait at least another 15 days to see those measures lifted.

“It would be very difficult to manage another surge with 438 people still being treated in the ICU,” said Catalan Health Minister Alba Verges.

Next Monday in Spain is a holiday and a newly released study by health officials in Cantabria has found that infections have historically increased by 222% during long weekends.

The relaxation of measures around Christmas also worried doctors and experts that a deadly third wave could come before effective vaccines.

Meanwhile, on Thursday, the Spanish parliament passed the 2021 budget that sees historic spending to battle the pandemic and its economic consequences. It still must be ratified by the Senate.

'Coronavirus has killed 68 doctors in Egypt'