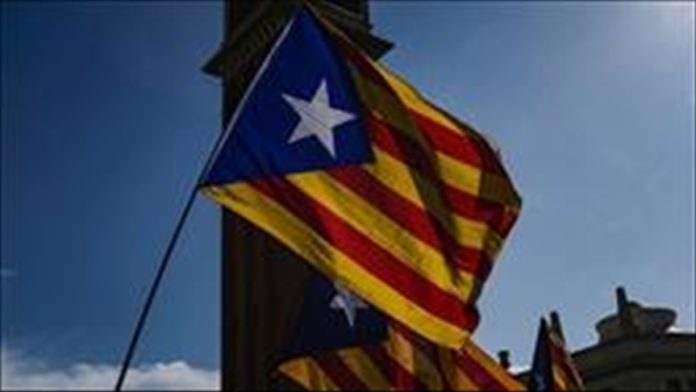 After more than three-and-a-half years behind bars for their roles in the 2017 independence attempt, nine Catalan separatist leaders were released from prison on Wednesday.

They were freed by pardons issued by the progressive Spanish government, which is aiming for a “fresh start” with Catalan separatist factions.

The move shaved off between five and nine years of prison for the Catalan politicians and activists who were charged with crimes like sedition, rebellion and misuse of public funds.

But the Spanish government’s olive branch has not worked to quell their separatist ambitions.

“Today, as we leave prison, nothing is over. Everything continues … We are now nine more people who will work for the freedom of everyone in this country … to turn our dream of a Catalan republic into a reality,” Oriol Junqueras, former vice president of Catalonia who was sentenced to 13 years in prison, told press and supporters.

His words were reflected by the other leaders, who vowed to continue fighting for both independence from Spain and amnesty for the Catalan political leaders who fled Spain before being arrested, tried and convicted.

“There is no pardon in the world that can shut up the Catalan people, no one should get that wrong. If we have been released, it is because the state was not able to keep us in prison any longer due to pressure from Europe,” Jordi Cuixart, president of the activist group Omnium, said upon his release.

On Monday, the same day that Prime Minister Pedro Sanchez announced the pardons, the Council of Europe voted to issue a statement condemning Spain’s treatment of the Catalan independence leaders.

In Madrid, Sanchez faced pressure from all sides in the Spanish parliament.

Outraged conservative leaders called on him to resign for issuing the pardons, while his separatist supporters pushed for an independence referendum.

Even so, Sanchez hailed the pardons as “courageous and reparative,” saying they will open the door to a better relationship between Spain and the separatist-controlled Catalonia.

But his government remains firm on its refusal to offer amnesty to the exiled leaders or hold a referendum on Catalan independence.