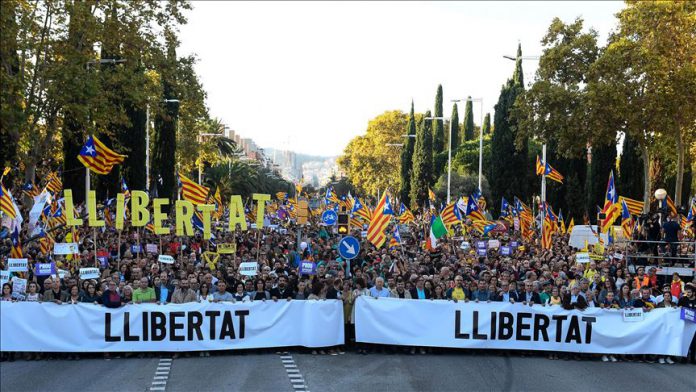 Vehicles and protesters have paralyzed traffic at the border between Catalonia and France since early Monday in what a Catalan separatist group said was the beginning of a new wave of protests.

Organizers of the demonstrations said thousands of vehicles were blocking traffic flows in both directions.

Traffic jams now stretch for miles at the border, where the Spanish A-7 highway meets the A-9 highway in France, according to Catalan daily La Vanguardia.