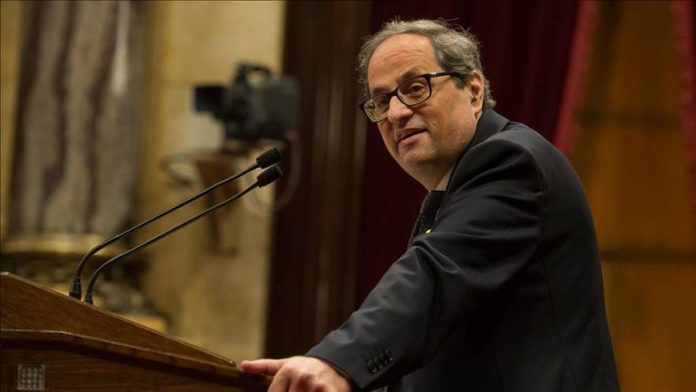 Officials in the separatist-held Catalan parliament on Monday announced they will comply with a Spanish Supreme Court ruling by stripping the Catalan president of his seat.

Quim Torra last December was found guilty of disobedience and barred from holding public office for 18 months for having refused to remove pro-independence symbols from public buildings ahead of regional elections.

Despite the ruling, Torra continued operating as Catalan president, arguing that the sentence wouldn’t take effect until after his appeal. However, last Thursday, Spain’s Supreme Court ruled that Torra should be stripped of his seat until a final sentence is