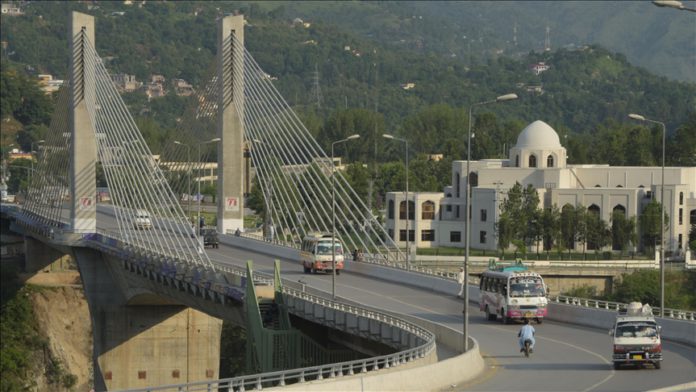 Unlike the comparatively homogeneous nature of Kashmir Valley across the Line of Control (LoC) under Indian administration, the Pakistani-administered Kashmir or Azad Jammu and Kashmir (AJK) is vastly heterogeneous, inhabiting scores of ethnicities, locally known as biradaris.

As the election fever picks up in the region, which is electing regional assembly on July 25, the loyalties to their own biradaris reign supreme in the minds of voters.

Sitting on the road just some miles away from the LoC – de facto border between India and Pakistan that has divided Jammu and Kashmir – Khawaja Usman says that he will vote for the same candidate whom he had voted in the past two polls.

What propels him to stick his loyalties to a particular candidate is that he belongs to his Khawaja baradari or community. Usman still has a soft corner for the PPP, but since the candidate has switched to PTI, he will also switch his vote.

Six major castes or biradaris, Gujjar (Chaudhry), Sudhan, Rajput, Syed, Khawaja, and Awan have been dominating the political scene in the region. Political parties have distributed mandates among representatives of these castes depending on the concentration of their populations in the particular constituencies.

“He (candidate) is not only a longtime friend but also hails from my caste. Whereas, his rival candidates, are little-known to me,” said Usman, adding that he has no emotional affiliation for the PTI as he had for the PPP.

“My vote is simply for a friend and a person from my biradari (community). I can’t leave him, although I am not happy with his decision to change the political loyalty,” he said.

Zameer Awan, a resident of Ghari Dupatta town located some 22 kilometers (13 miles) from the main city of Muzaffarabad, is also supporting a candidate belonging to his biradari.

“I will vote him wherever he goes. I don’t care which political party he joins or leaves,” said Awan, while pasting a poster of his favorite candidate on the backside of his auto rickshaw.

“He is easily accessible to us because he also knows that he can’t win without the support of Awans (his caste),” he added, smiling.

In the outgoing state assembly, over a dozen lawmakers are Gujjar, the largest caste in AJK.

“These politicians know the power of their respective biradaris. Therefore, they don’t hesitate to join the party, which has brighter chances of coming into power,” said Sajjad Mir, a Muzaffarabad-based political analyst.

Citing the example of Chaudhry Shehzad, who served as a minister in the incumbent government of the Pakistan Muslim League (Nawaz) headed by three-time Prime Minister Nawaz Sharif until last month, Mir said he left the party and within two hours got the PTI ticket.

“He knows his biradari will support him in any case,” he said.

According to Gulzar Usmani, another Muzaffarabad-based political analyst, since political parties have fielded candidates from the same community against each other, the votes of dominant biradari will split.

In several constituencies in Muzaffarabad, Mirpur, Rawlakot, Bagh, and other districts, the candidates of the PTI, the PPP, and the PML (N) are from the same caste, Usmani said. He, however, acknowledged, the caste system is a powerful factor to decide loyalties and voters’ preferences in AJK politics.