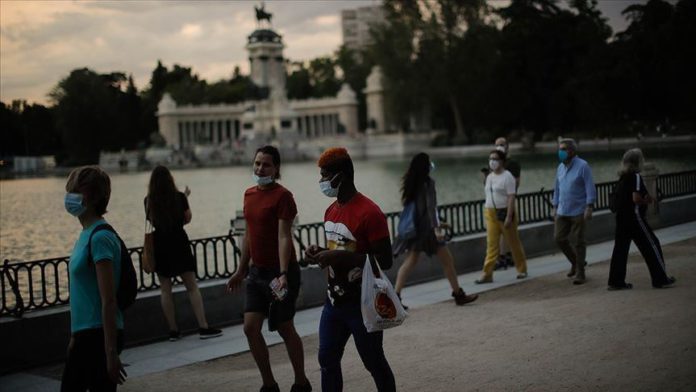 As Spain’s Health Ministry announced 2,031 more confirmed cases of COVID-19 on Wednesday, a court in Catalonia struck down some of the government’s measures to stop the spread of the virus.

Of 282,642 COVID-19 infections that have now been confirmed in Spain, more than 24,000 have been registered over the last two weeks.

This is the highest two-week total in months, but the daily growth rate seems to have decelerated compared to last week.

The number of hospitalizations, however, saw one of its biggest jumps recently, with 41 more patients compared to Tuesday. According to the Health Ministry, 427 people were hospitalized in the last week and nine people died.

Complicating the battle against what could be the beginning of a second wave, the High Court of Justice of Catalonia ruled on Wednesday that some of the government’s restrictive measures went too far.

Over the last two weeks, nearly half of the new cases detected in Spain have been in Catalonia.

Yet, the court suspended the government resolution from July 17 that ordered the closure of gyms, movie theaters and other sports centers in several of the worst-affected areas of the northeastern region, including Barcelona.

These centers are now able to reopen if they comply with hygiene measures.

At the same time, the Catalan court upheld the government’s decision to close nightclubs.

This is the second time the court knocked down measures passed by the regional government to control the spread of the novel coronavirus.

In mid-July, the court also ruled that the government overstepped when it imposed a lockdown in the city of Lleida and the surrounding area.

The area was left in limbo until the Catalan government passed a decree to reinstate the lockdown.

Now, 15 days later, Catalan health officials said the restrictions that banned people from leaving or entering the area around Lleida for non-essential purposes will come to an end on Thursday.

But as Catalonia lifted measures on Wednesday, other regions of Spain announced new ones.

The premier of Asturias, one of the least-affected regions, announced nightclubs will have to close at 2 a.m. (1200GMT). The city of Zaragoza, one of the worst-affected, announced playgrounds and outdoor gym equipment will be off-limits.

When the state of emergency came to an end in Spain in late June, the power to handle the pandemic shifted from the central government to regional authorities.

The country now has a complex patchwork of rules and regulations meant to control the virus’s spread.