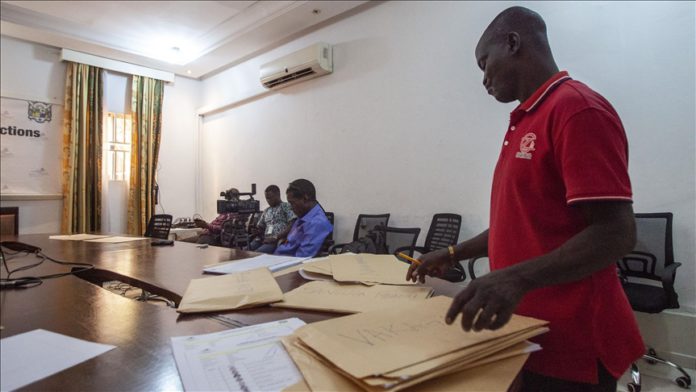 A second round of voting for legislative elections is being held under heightened security in the Central African Republic (CAR) on Sunday.

The first round on Dec. 27 was disrupted by violence and allegations of irregularities, leaving 118 out of 140 seats up for grabs in the National Assembly.

There will be runoff voting in 49 districts and first round voting in 69 districts where polling could not be held in December due to violence and other issues.

Sunday’s vote is being held amid increased security, with the UN Security Council giving the nod on Friday for additional deployment of nearly 3,700 military and police personnel to its peacekeeping force in the country.

The Democratic Opposition Coalition, which includes over a dozen of the country’s most influential political parties, announced a boycott of the second round after the Constitutional Court declared in January that President Faustin Archange Touadera had won a second term.

The violence that marred the first round of voting was sparked by the court’s decision to reject the candidacy of former President Francois Bozize, who then joined hands with anti-government armed groups, leading to a surge in fighting over the past few months.

Over the past two months, CAR armed forces, with the support of the UN Mission in the Central African Republic (MINUSCA), have managed to regain control of several cities from rebel groups.

MINUSCA “is providing multifaceted support for a free, fair and peaceful process that allows for democratic gains to be preserved, and the voice of the people to be heard,” Jean-Pierre Lacroix, under-secretary-general for peace operations, said on Twitter on Sunday.

“MINUSCA deployed all its capacities in the field to ensure the security of the legislative elections, in addition to providing technical and logistical support to the CAR government,” the UN mission said in a separate tweet.

At least 100,000 people have been displaced due to the uptick in fighting, while some 107,000 more have fled to neighboring Cameroon, Chad, and the Democratic Republic of Congo, according to the UN High Commissioner for Refugees (UNHCR).