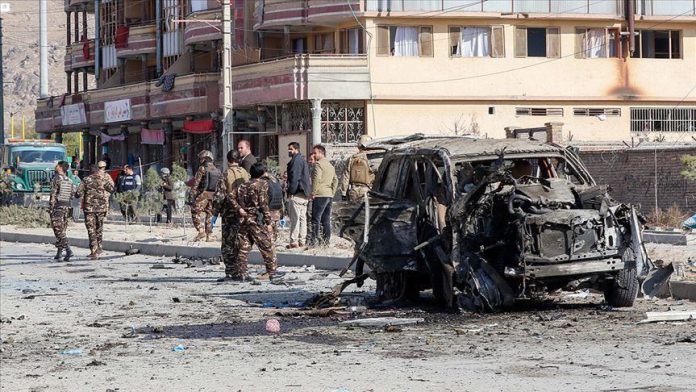 An early morning car bombing killed at least seven people in the Afghan capital Kabul, an official confirmed on Wednesday.

Nusrat Rahimi, the Interior Ministry spokesman, told Anadolu Agency the incident took place in the 15th district at around 08.00 a.m. local time (0330GMT), killing seven civilians and wounding as many others. The site of the attack is close to the heavily guarded Ministry of Interior compound.

There was no immediate claim of responsibility for the attack that came after a relative respite in otherwise such regular bombings devastating the capital city.