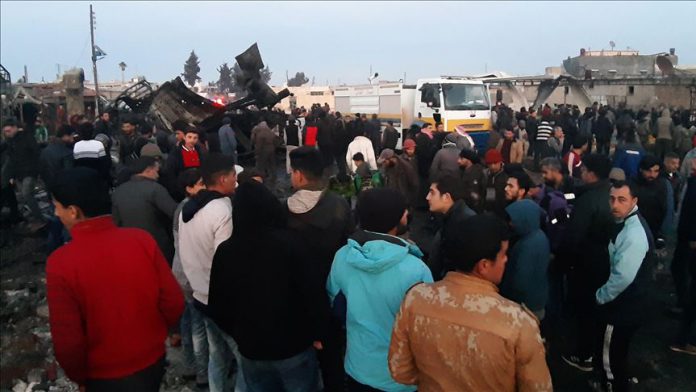 At least five civilians were killed and 15 others injured in a car bombing in Syria’s northwestern city of Azaz, local sources said Sunday.

The injured were transferred to a hospital.

No group has so far claimed responsibility for the attack, but in the past YPG/PKK terror group has used car bombings to attack civilians.

Turkey has launched several military operations in northwestern Syria to clear the region of terror elements.

In its more than 30-year terror campaign against Turkey, the PKK — listed as a terrorist organization by Turkey, the U.S. and EU — has been responsible