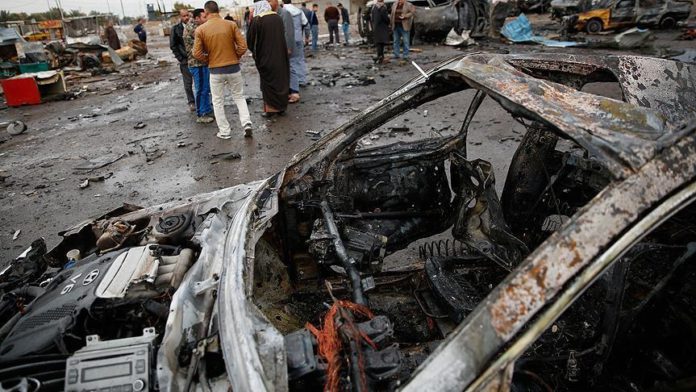 Five security forces were killed in a car-bomb explosion in the western Anbar province on Sunday, according to a local official.

A booby-trapped car exploded as a joint force from the Iraqi army and tribal fighters were carrying out a search operation in al-Madham, 80 km west of Haditha town, mayor Mabrouk Hameed told Anadolu Agency.

He said a soldier and four tribal fighters were killed and four others injured in the bombing.

Last month, at least 32 people were killed and dozens injured in a twin bombing claimed by the Daesh/ISIS terrorist group in Baghdad.

In June 2014, Daesh/ISIS captured Mosul, Salahuddin and Anbar provinces and parts of Diyala and Kirkuk, which have been recaptured from the group in late 2017 by the Iraqi army with support from a US-led coalition.

The Iraqi army continues to carry out frequent operations against Daesh/ISIS in these parts where the terror group recently mobilized its sleeper cells in rural areas.

Amid virus, states must work to win back citizens' trust: OECD

Lack of price data led to unrest in Africa: UN