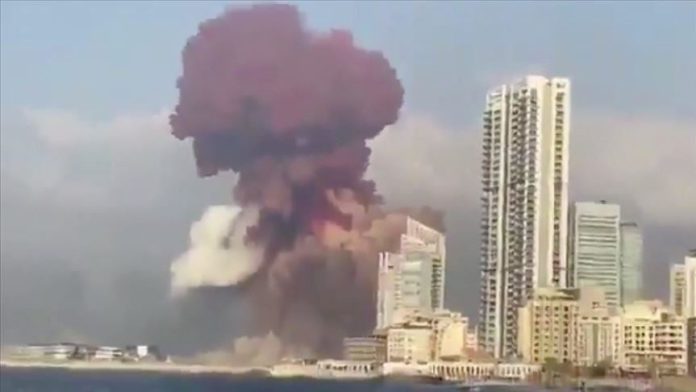 Lebanon’s financial capacity to deal with the impact of the port warehouse explosion is “very limited,” the country’s economy minister said Thursday.

Raoul Nehme told a TV channel that damages of the devastating explosion, which killed at least 137 people and injured about 5,000 others in the capital Beirut on Tuesday, are estimated to be in billions of dollars.

“The capacity of the state is very limited, and so is that of the central bank and the banks,” he said. “Grain silos [structures for storing bulk materials] have been completely destroyed, and we need time to evaluate the damages.”

The Port of Beirut was used as a warehouse for basic commodities such as grains, foodstuffs and medicines.

The minister said the only solution for the country is to work with the International Monetary Fund.

Many countries, including Turkey, have rushed to provide emergency aid to Lebanon, which is not only trying to curb the spread of coronavirus, but is also mired in an unprecedented economic crisis.

Lebanon’s President Michel Aoun said the blast was caused by the detonation of tonnes of ammonium nitrate stored at a warehouse in the port. He promised a transparent investigation into the accident.