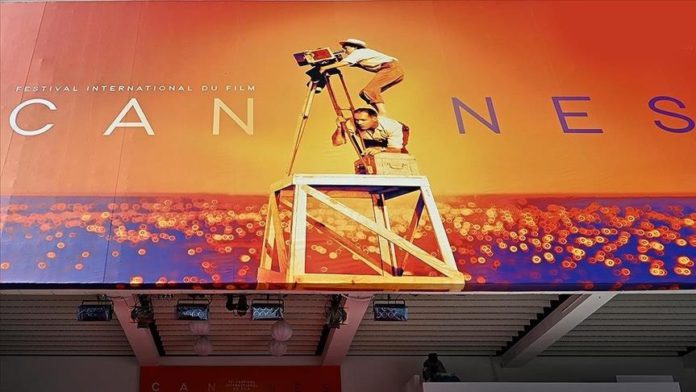 World cinema is back at the French Riviera, as the city of Cannes is all geared up to host the COVID-safe 74th edition of the famed Cannes Film Festival with masked-up film personalities ascending the steps of the iconic Palais des Festivals.

After it was forced to host a scaled-down version last year amid the global lockdown, the festival is set to unveil its full itinerary of events including a new section called Cannes Premiere from July 6-17. American actor and director Jodie Foster will be the guest of honor kickstarting the opening ceremony.

This year, a total of 24 films are in the official competition vying for the prestigious Palme d’Or award. The competition will be judged by a jury that includes Mati Diop, Mylene Farmer, Maggie Gyllenhaal, Jessica Hausner, Mélanie Laurent, Kleber Mendonça Filho, Tahar Rahim and Song Kang-ho and presided over by American director and actor Spike Lee, who was named president of the jury for the 2020 festival, which was cancelled due to the pandemic.

Over the weekend, the official poster of the festival graced by Lee’s upward bespectacled gaze surrounded by the ubiquitous palm trees that line the streets of Cannes was launched at the Palais des Festival theater, where the majority of the films are screened. Lee is the first black figure to be designated as the president of the jury. He arrived in the city on Sunday.

The festival, which is annually attended by over 45,000 people, is expected to witness lower attendance this year. Several international media and film professionals from Asia, Africa and Latin America are likely to miss the festival due to ongoing pandemic restrictions. The French government has classified the entry of tourists in the country based on vaccination and health conditions. Vaccinated citizens from Europe, the UK and the US can gain entry with ease, whereas nationals from India, Bangladesh, Brazil, Russia and South Africa, classified in the high-risk red list, will find it difficult to travel to Cannes.

The glitz and glamour at the iconic red carpet will also be a subdued affair, as for the first time in the history of the festival, film personalities will have to pose for the shutterbugs in masks. Keeping in mind the health restrictions and the progression of the Delta variant in the Provence-Alpes-Cote d’Azur region, organizers have made masks obligatory for all participants at the festival in the entire festival premises, including inside theaters.

Participants are also required to carry a health pass — a proof of vaccination or negative PCR/antigen test not older than 48 hours — at the entrances to the Palais, either with a printout or using the French government’s Tousanticovid health app. The festival will also have a dedicated high-capacity laboratory onsite offering free PCR tests for all festival goers in case they fail to provide the valid form of proof of negative COVID-19 results. The negative test will need to be renewed every 48 hours while at the festival.

In addition to the official events and films at the Palais theater, Plage Mace beach on the Croisette will be the site of beach cinema, screening movies every evening for free for tourists and festival enthusiasts.