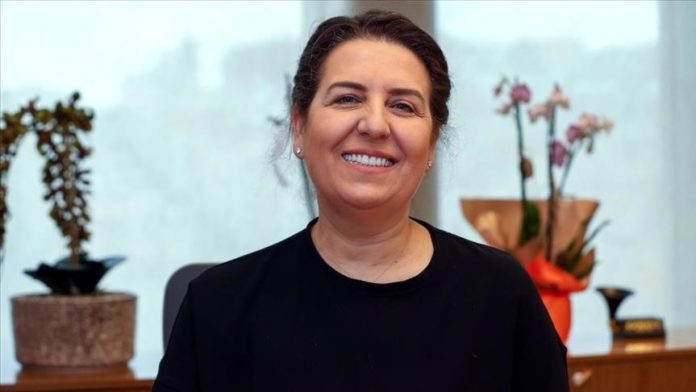 After winning her own battle with cancer, a volunteer from the Turkish Cancer Society is extending a helping hand to other patients.

Asli Saglik, a 48-year-old mother of two, had to become both breadwinner and homemaker after her husband’s death. While successfully managing her work and family, her life was upended after being diagnosed with breast cancer in 2016.

Describing her ordeal to Anadolu Agency, Saglik said she noticed the ill-boding lump while exercising. “I thought it was a muscle and wasn’t too worried. My doctor asked for mammography during a routine check. Since I never thought I’d get cancer, I got my mammography result three months later.

“I couldn’t believe the results. I was diagnosed with cancer after consulting a surgeon,” said Saglik. She had been diagnosed with stage-two breast cancer and treatment started in March 2016.

Saglik said she started losing hair during the chemotherapy. “It’s really saddening, but losing your hair is the simplest and easiest side of treatment. I had nausea among the side effects of the medication and gained 20 kilos (44 pounds), which really irritated me. I had a hard time breathing, on top of losing my hair and eyelashes,” she said.

Recounting the support she got from her children, she went on to say that she always looked on the bright side and constantly told herself everything would be okay.

“I didn’t isolate myself from life and lived on. I met with my friends, traveled, went to cafes and the movies. I continued working for a while. My daughter and son always support me. I never surrendered to the disease,” she said.

The Turkish Cancer Society was also always there for her during her treatment, Saglik said, adding that she saw the society as a family and that she benefited greatly from their therapy services.

“They supported me in every way possible. I promised myself that I’d support cancer patients as much as I could once my treatment was over.”

Saglik said she had spent her years since her recovery helping other cancer patients with the society. “I live on the principle of volunteering,” she said, adding that the children were also among her oncology department visits.

“All people overcoming cancer want something to hold onto. I found happiness in helping patients and children,” Saglik said.

She added that volunteering also helped her maintain her “inner peace and happiness.”

“My advice to patients with cancer is not to forget that this is just a period that will eventually end,” she continued. “Patients with cancer must live through that period thinking of it as a process, without surrendering to the disease. That’s how I won the battle.”

“Early diagnosis saves a life. Don’t forget to get yourself checked,” she told people for Feb. 4, World Cancer Day, wishing health for all people receiving treatment.