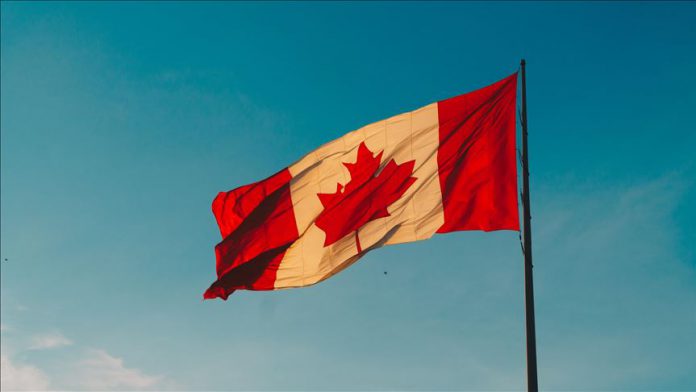 The year 2019 was a series of peaks and valleys for Canada marked by fractious relations with China, the Toronto Raptors winning their first NBA title outside the U.S., revelations that the prime minister wore blackface and the re-election of Justin Trudeau’s Liberal government, but with a minority rather than a majority.

The following are some of the year’s top Canadian news stories.

11 – Prime Minister Justin Trudeau announces that Rahaf Mohammed Alqunun, a Saudi teen who fled her family fearing for her life, has been granted asylum. She is greeted at Toronto airport by Canada’s foreign minister and a gaggle of international media.

8 – Alexandre Bissonnette, who shot six people to death in a Quebec mosque in 2017, displayed “racism and hatred,” a judge ruled. He is sentenced to life in prison.

4 – Treasury Board President Jane Philpott resigns from her Cabinet post, saying she had “lost confidence” in the Trudeau government over the SNC-Lavalin scandal.

4 – Beijing announces that two Canadians jailed since Dec. 10, 2018 acted to steal state secrets. The arrests and charges were widely seen as retribution for Canada’s arrest of Huawei Chief Financial Officer Meng Wanzhou in Vancouver on Dec. 1.

28 – Quebec introduces controversial legislation known as Bill 21 to ban the wearing of religious symbols including the hijab, turbans, kippahs and crosses by most public servants in the workplace.

1 – Environment and Climate Change Canada releases a report saying Canada is warming at twice the rate of other countries and it is “effectively irreversible.”

29 – As if proving the climate change report is accurate, state of emergency is issued for three provinces – Quebec, Ontario and New Brunswick – as lakes and rivers reached or set new record levels, causing severe flooding.

1 – Canada announces aid for canola farmers who lost their largest market, China, after Beijing cut off imports, again seen as a punitive action over the Meng arrest.

3 – A national inquiry into missing and murdered Indigenous women releases its report and labels the violence as “genocide” that was “centuries in the making.”

14 – Toronto Raptors win their first NBA title, the first time it had been awarded to a team outside of the United States.

31 – An inquiry into the deaths of eight elderly residents of two nursing homes at the hands of nurse Elizabeth Wettlaufer issues 91 recommendations to prevent a recurrence of the crimes.

7 – The bodies of Kam McLeod, 19, and Bryer Schmegelsky, 18, are discovered, ending a Canada-wide manhunt for the pair, who killed three people at random and garnered headlines around the world as they eluded police.

11 – Teen tennis phenom Bianca Andreescu becomes the first Canadian in 50 years to win the Rogers Cup in front of fans in Toronto after Serena Williams had to retire due to an injury.

18 – Time magazine publishes a photo of Prime Minister Justin Trudeau wearing blackface at an Arabian Nights party in 2001 at a private school in Vancouver where he was a teacher. Then another surfaces as Trudeau, now red-faced, issues apologies.

21 – Prime Minister Justin Trudeau overcomes the resignation of two Cabinet members in the SNC-Lavalin scandal and the blackface fiasco to win a second term in the federal election. But this time, it is a minority government, meaning opposition parties could trigger a non-confidence vote and a new election.

5 – China ends a ban on imports of Canadian pork and beef. The ban, which took effect in June, is estimated to have cost Canadian farmers $100 billion.

4 – Prime Minister Justin Trudeau makes candid remarks about U.S. President Donald Trump that are caught on video and tape and it is broadcasted around the world, prompting Trump to call Trudeau “two-faced” but also “a nice guy.”

12 – Canada’s public health agency releases a report that says the country is in the grips of an opioid crisis with nearly 14,000 dying from overdoses in the past four years and another 17,000 hospitalized.