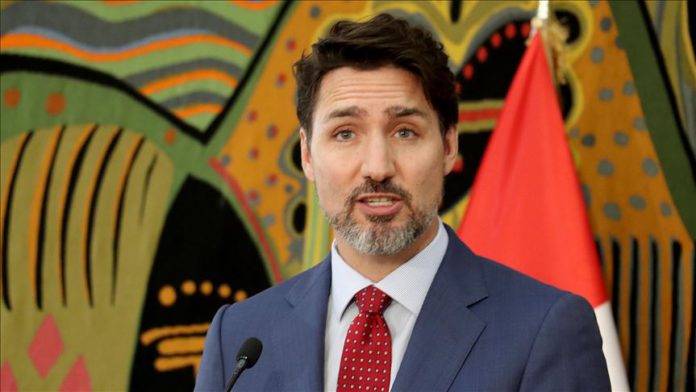 Canadian prime minister Thursday spoke with the French president over the phone, expressing his country’s solidarity following the recent terror attacks in France.

In a phone conversation, Justin Trudeau and Emmanuel Macron agreed on “the importance of defending freedom of expression and human rights and on their shared commitment to fighting terrorism and violent extremism,” according to a read-out from Trudeau’s office.

On Oct. 16, Samuel Patty, a French teacher who showed blasphemous cartoons of the Muslim Prophet Muhammad in a class, was murdered.

Macron defended the cartoons, saying France would “not give up our cartoons” after the brutal murder. His remarks sparked outrage in the Muslim world with many calling for boycotting French products.

On Oct. 29, three people were killed in a brutal attack the Basilica of Notre Dame de l’Assumption in the French city of Nice.

The attack in Nice is one of four acts of terror or potential terror that occurred on the same day. Two others happened in the French cities of Avignon and Lyon and one at the French consulate in Jeddah, Saudi Arabia.

Trudeau’s call came almost a week after the attack, after he faced criticism in both Canada and France for not doing enough to support free speech.

Limits of freedom of speech

Last week, Trudeau defended free speech in response to a question about the right to show blasphemous cartoons, but added, “freedom of expression is not without limits”.

“We owe it to ourselves to act with respect for others and to seek not to arbitrarily or unnecessarily injure those with whom we are sharing a society and a planet,” he added.

“We do not have the right for example to shout fire in a movie theatre crowded with people, there are always limits,” Trudeau said.

6 killed in family shooting in Germany