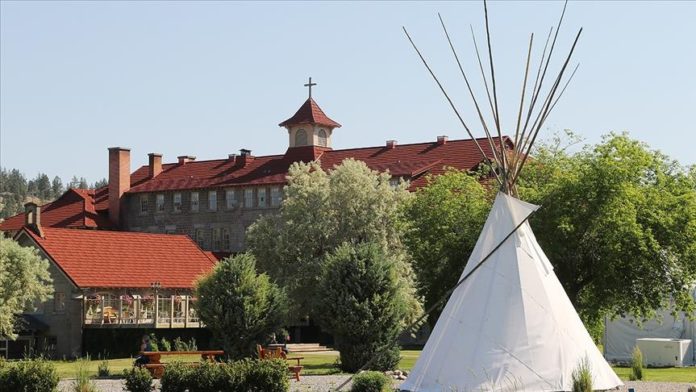 Canadian imams will express solidarity with Indigenous peoples during a weekly Friday sermon at mosques on July 9, after the discovery of more than 1,100 unmarked graves near Indian residential schools across the country.

Toronto-based Canadian Council of Imams said the discovery of graves of innocent children “has left us numb with pain and shame.

“We acknowledge that the oppression and persecution of the Indigenous Nations was genocide,” the 75 member-council said in a statement.

Imam Refaat Mohamed, the President of Canadian Council of Imams, said in a statement: “Friday’s statement before an attentive congregation of a few hundred Canadian Muslim attendees in every mosque will highlight the collective mourning, compassion, and solace on behalf of the Canadian Muslim communities towards Indigenous peoples”.

In a separate statement, Taha Ghayyur, the executive director of Justice for All Canada, said “the act of religious leadership acknowledging the Indigenous genocide and elevating First Nations, Metis, and Inuit peoples are essential to bringing justice, healing, and reconciliation”.

In late May, 215 graves were found by the Tk’emlups te Secwepemc First Nation at the site of a former school at Kamloops, British Columbia. In mid-June, 751 unmarked graves were discovered at the former Marieval residential school by the Cowessess First Nation in Saskatchewan.

About 150,000 Indigenous children were taken from their parents and forced to attend residential schools across Canada, beginning in the 1890s and the last one closed in 1996. In many cases, the children endured beatings and sexual abuse as they were taught white culture. It is estimated that at least 4,000 died.

Turkish stocks down 0.56% at close