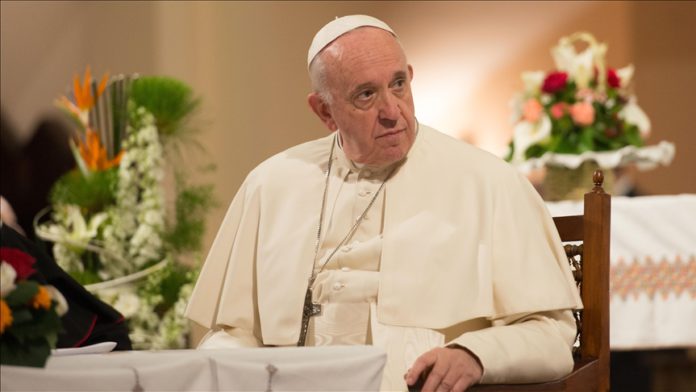 Canadian Indigenous leaders will meet with Pope Francis in December in hopes of getting an apology for the Catholic Church’s role in Indian residential schools, the Canadian Conference of Catholic Bishops (CCCB) said Tuesday.

The meetings, between Dec. 17 and 20, have been long sought as Indigenous leaders have for years pressured the Pope to officially issue an apology for the church’s role in running some of the 139 schools where First Nations children were arbitrarily enrolled beginning in the 1820s.

While other churches have officially apologized, including the United, Anglican and Presbyterian churches, the Pope has resisted the move, even as he was urged to do so by Prime Minister Justin Trudeau, a Catholic.

But there is hope that the apology will finally come.

“Pope Francis is deeply committed to hearing directly from Indigenous Peoples, expressing his heartfelt closeness, addressing the impact of colonization and the role of the Church in the residential school system, in the hopes of responding to the suffering of Indigenous Peoples and the ongoing effects of intergenerational trauma,” the CCCB said in a statement Tuesday.

“The Bishops of Canada are deeply appreciative of the Holy Father’s spirit of openness in generously extending an invitation for personal encounters with each of the three distinct groups of delegates – First Nations, Métis and Inuit – as well as a final audience with all delegates together on 20 December 2021.”

Metis are people of mixed European and Indigenous descent, while Inuit are the far north residents that at one time were called Eskimos. First Nations were the original inhabitants of Canada before the arrival of European settlers.

Manitoba Metis Federation President David Chartrand will head a group of Metis and he said he will press the Pope to come to Canada to say sorry on behalf of the church.

“It will have a greater sense of power and truth to his feelings and his pathway to healing if he comes into the soils of Canada and stands here on our lands,” Chartrand said in an interview with The Canadian Press on Tuesday.

Close to 1,000 unmarked graves were recently discovered at two residential schools, one in British Columbia and the other in Saskatchewan. It is estimated that before the last school closed in 1996, at least 4,000 children died and were sometimes unceremoniously buried without their parents ever knowing their fate.

About 150,000 attended the schools, whose goal was to instill white culture in the Indigenous children. Many were subjected to physical, mental and sexual abuse. About 60% of the 139 residential schools were run by the Catholic Church.

Indigenous Services Minister Marc Miller said the time has come to get an official apology from the head of the Catholic Church.

“People expect to see Pope Francis deliver that in a full, complete and comprehensive manner,” said Miller during a news conference Tuesday.

Over 51.85M coronavirus vaccine shots given in Turkey to date