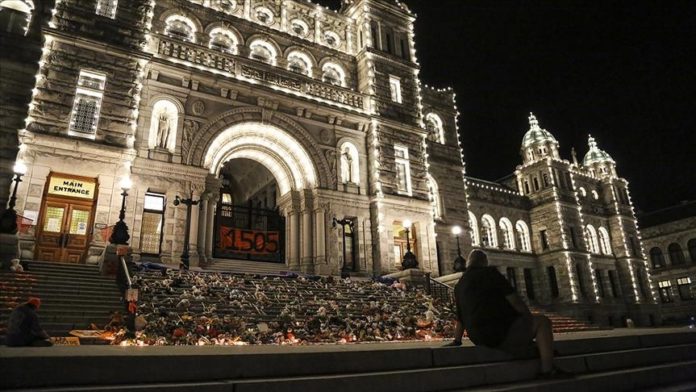 “They can still pray at home in silence. That would send a strong message,” Cameron said, calling on Pope Francis to visit Canada and apologize for what happened in church-run residential schools.

He also asked the church to make public all residential school documents.

“We need more champions. The greatest champions on this can be the congregation. This is something they can do, show that solidarity and not show up for church on Sunday,” Thomas added.

Okanagan Indian Band chief Byron Louis also joined the calls to protest the church, saying that it “would get up to the bishops, the archbishops and then up, up, up through the layers.”

Louis added that it was “upsetting” that Catholic Church officials claimed there was no money to pay survivors as they built new churches across Canada and repaired old ones.

It is estimated that before the last school closed in 1996, at least 4,000 children died and were sometimes unceremoniously buried without their parents ever knowing their fate.

About 150,000 children attended the schools, whose goal was to instill white culture in the Indigenous children. Many of them are said to have suffered from physical, mental and sexual abuse.