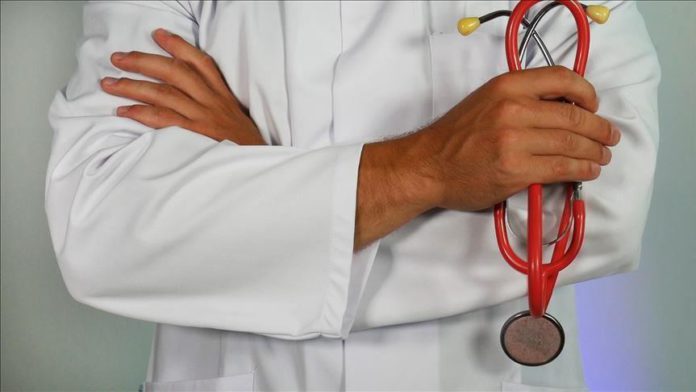 The outbreak of COVID-19 in the world’s largest refugee camp in Bangladesh will prove to be a cataclysmic disaster, according to a Canadian doctor and Nobel Peace Prize nominee.

Fozia Alvi, who regularly travels to the crowded and unsanitary Rohingya camps in South Asia, predicted millions of refugees will be decimated after the first case of coronavirus appeared last week.
“It is like a catastrophe waiting to happen,” the Alberta physician told the Canadian Broadcasting Corporation on Monday. “There is absolutely no way to limit the spread of COVID-19 there.”

Alvi was nominated for the Nobel prize last year for humanitarian work and through her foundation Humanity Auxilium, she sends doctors every other month to the camps to provide medical services to the estimated 1 million Muslim Rohingya.

She has visited the camps regularly since the Rohingya began to flee Myanmar from neighboring Bangladesh when the Buddhist army perpetrated a campaign of terror, rape and widespread murder in 2017.

The conditions in the Bangladeshi camps are squalid and overcrowded, with a shortage of everything, including fresh water.

Given the situation, Alvi called “a joke” the World Health Organization’s directive to wash hands regularly and practice social distancing of six feet to help check the spread of the virus.

Relief for the Rohingya has taken a back seat as countries are consumed by their own COVID-19 battle.

As of Tuesday, there are almost 5 million cases globally and nearly 322,000 deaths, according to the US-based Johns Hopkins University. Bangladesh has a little more than 25,000 cases and 370 deaths.

The Rohingya in the camps are among the most vulnerable people in the world and they have already suffered psychological trauma as the Myanmar army burned entire villages, raped women and murdered men, women and children. Their mental health is precarious, Alvi said, and they desperately need help.

“I would like to remind people that these people are victims of genocide,” she said.

But rather than relief, there is yet another disaster looming – June is the beginning of monsoon season.

The Global Disaster Alert and Coordination System warned that Tuesday could see a cyclone reach land, along with flooding and strong winds.

Since doctors cannot enter the camps due to the virus, Alvi’s foundation has improvised and doctors are providing virtual training to health-care workers already there.

Even then, there is a stumbling block. The Bangladeshi government has cut off Internet access in the camps, so aid workers leave each night and hook up to the Internet at their temporary residences to receive training.

Alvi said while the Canadian government has pledged CAN$300 million ($216 million) in three years for aid, it is only 50% of what Prime Minister Justin Trudeau’s special envoy Bob Rae recommended. They need more financial aid.

Hundreds of Rohingya were rescued after two months at sea, as they tried to get into Malaysia but were rebuffed because of fear of the virus.

“More than half of them were children,” Alvi said. “They ran out of food rations five days into their journey and they were in the water for two months. There were lots of dead bodies, they were tossing them into the water.”

When rescued, they were sent back to the camps.

“The Rohingya need hope, they need a vision for themselves for the future,” said Alvi.”It’s the basic human right that every human life deserves.”

US offers condolences after Ukraine plane crash in Iran

Global trade to plunge up to 32% due to pandemic: WTO